You've Heard About Comal's Food — How About the Cocktails? 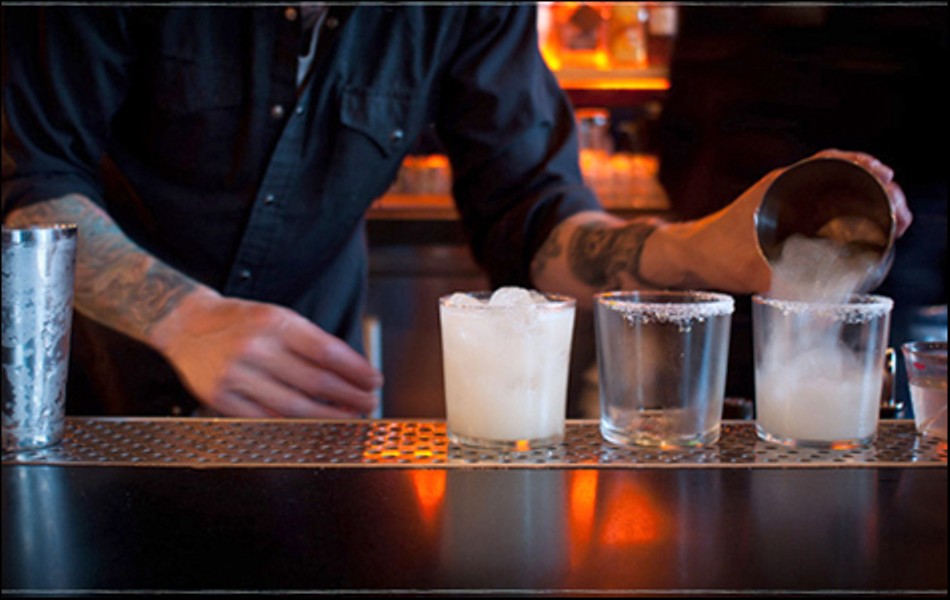 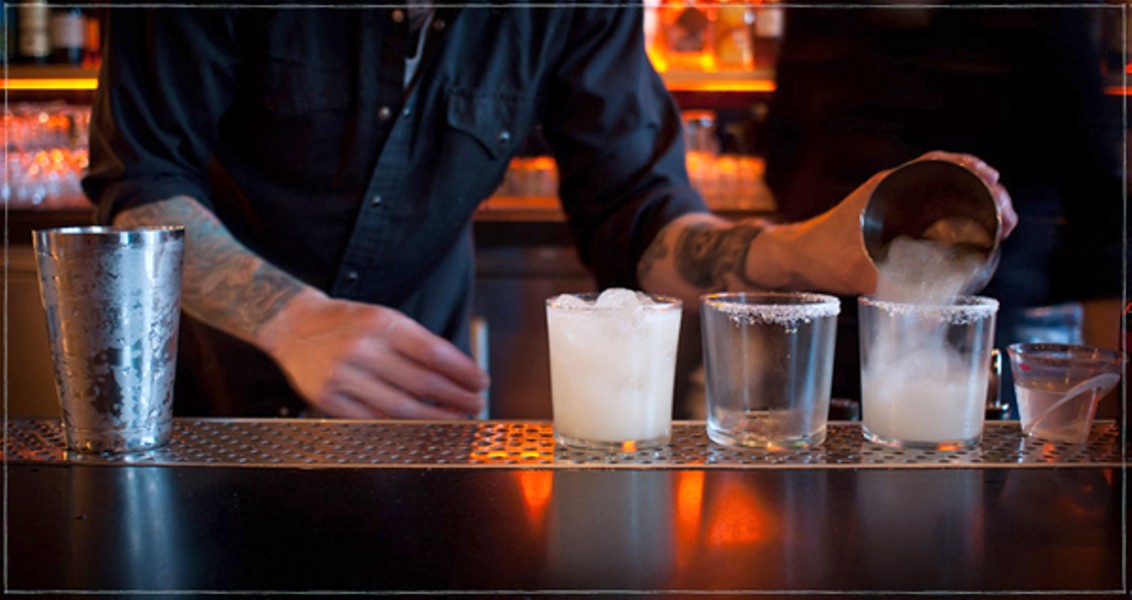 Pro tip: If you are in the business of, essentially, listening in on strangers' conversations and then relaying them in the newspaper, do not go to a place with a gazillion-dollar Meyer Sound system specifically designed to drown out other conversation. Likewise, if your job is made considerably easier by the ability to aggressively people-watch, do not attempt to do so in a place that has exactly zero bar stools facing outward. And, finally, if your livelihood depends on uncomfortableness or oddness or out-of-the-ordinariness of all stripes — by rowdy bargoers or too-chatty 'tenders, by drunk college kids or spilled drinks or cocktails with bizarre ingredients arranged in risky ways, anything to hinge a metaphor on — do not go to a place that's basically genetically engineered to guard against unpleasantness of any kind. If, however, none of the above apply and you're looking for upscale quietude in the middle of downtown Berkeley — or just a well-made cocktail in an indisputably lovely setting — you should probably go to Comal and have a Jack Satan and a basket of chips. Trust me.

You must be literate to be reading this so you've certainly heard of Comal, seeing as every blogger/critic/message-boarder/Human with an Internet Connection and Ideas About Things within a ten-mile radius has taken it upon him or herself to opine on the place. Topics discussed: Whether chef Matt Gandin is the new hope for bougie Mexican in the East Bay (discussed by our very own food critic Luke Tsai in these pages; answer: maybe), and, as a corollary, whether white people are capable of making Mexican food (clearly); whether this is the shot in the arm downtown Berkeley needs (too soon to tell); whether the lights are too bright, or the tacos too small, or the antique fir flooring too hard, or the guac the best you've ever had! or just merely very good, or the squash-blossom quesadillas too squash-blossomy or not squash-blossomy enough or just the right amount of squash-blossomy (none of which I'm dignifying with a response). This is a place that's been so thoroughly buzzed about it'd be deafening, but for that aforementioned sound system. Foiled again.

Comal is, indeed, well-appointed and well-designed and well-thought-out and positively up to its eyeballs in ambition. From the outside, it looks like either a Robocop set piece or a like gay bar with a name like Fetch or Raw or The Cockpit, all heavy steel and darkened windows. But inside, it's NorCal nicety through and through: reclaimed tables and uncovered beams, coppery chandeliers on the ceilings and large-format art on the walls, blond wood and blond people, not a leather daddy in sight (alas!). Much has, of course, been made of the restaurant's back deck, and, yes, it is exactly that amazing: partly covered for personalized sun and/or stars exposure, potted-plant-bedecked, possessing of its very own bar. All told, "expensive" is a word that comes to mind immediately and sticks there — though not necessarily in a bad way. This is the sort of place where people seem to dress better and laugh more than they do in real life and where the cocktails come in chilled, spice-dusted glasses and where you can't imagine anything bad happening, ever; pleasantness, apparently, has a price tag.

Perhaps unsurprisingly, Comal's cocktail program comes with a name brand attached to it — that of the Bon Vivants, a San Francisco-based collective described by its website as a "nationally recognized cocktail and spirit consulting company specializing in [among other things] the creation of tailored on premise beverage programs." The people behind Comal are clearly invested in the drinks, which is nice — each bar has prime placement in both dining areas and stays open later than the restaurant — and as tailored-on-premise beverage programs go, Comal's is, as to be expected, expertly engineered: Ten signature cocktails, all but one tequila- or mezcal-based, each expectably delicious, based on the three I've tried so far. The margarita (Cimarron Blanco, orange-scented agave syrup, lime, $9) is a nicely balanced take on the classic; the Palomaesque (Del Maguey Vida Mezcal, Cocchi Americano, grapefruit, lime, honey, salt, soda, $9) manages sour-salty-sweet with impressive deftness; and the Jack Satan (Partida Reposado, hibiscus syrup, infierno tincture, lime, salt, $9) is densely layered but surprisingly delicate, my personal favorite. (Also not surprisingly, cocktails are doing bang-up business here, according to one bartender, bringing in a significantly larger portion of alcohol sales versus beer and wine than at the average restaurant.) The patrons are well-behaved and the bartenders are the perfect amount of chatty and over the course of two visits exactly zero drinks were spilled on me: Comal's metaphor is the absence of metaphor. The guac, meanwhile, is not the best I've ever had, but it's very good.