Your Terminator 5 Dreams Have Been Dashed, Thanks to Arnold's Lovechild

Devastating news: in the wake of "I had an illegitimate lovechild with one of my staff and kept it a secret from my wife and the American public for thirteen years"-gate, Arnold Schwarzenegger has apparently put all film projects on hold, including the upcoming Terminator reboot and Cry Macho, which stars our esteemed former governor as — not making this up — a "damaged-goods horse trainer who's been put out to pasture by his boss" and then becomes embroiled in a plot to kidnap said boss's 11-year-old kid in exchange for some much-needed ca$hmoney. 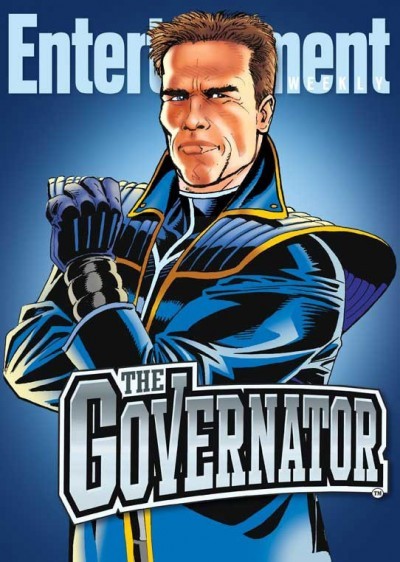 Meanwhile, Stan Lee's camp announced yesterday afternoon that they had "chosen not to go forward with" The Governator, an upcoming comic book and animated show that would have starred an only-slightly-cartoonier-than-real-life Schwarzenegger fighting crime with his wife and four kids (AWKWARD!!!). It's unclear whether these projects have been altogether terminated* or are simply on hold.