The landlord denies this. But tenants rights’ groups say more and more property owners are turning down these subtenant applications in an effort to increase rents. 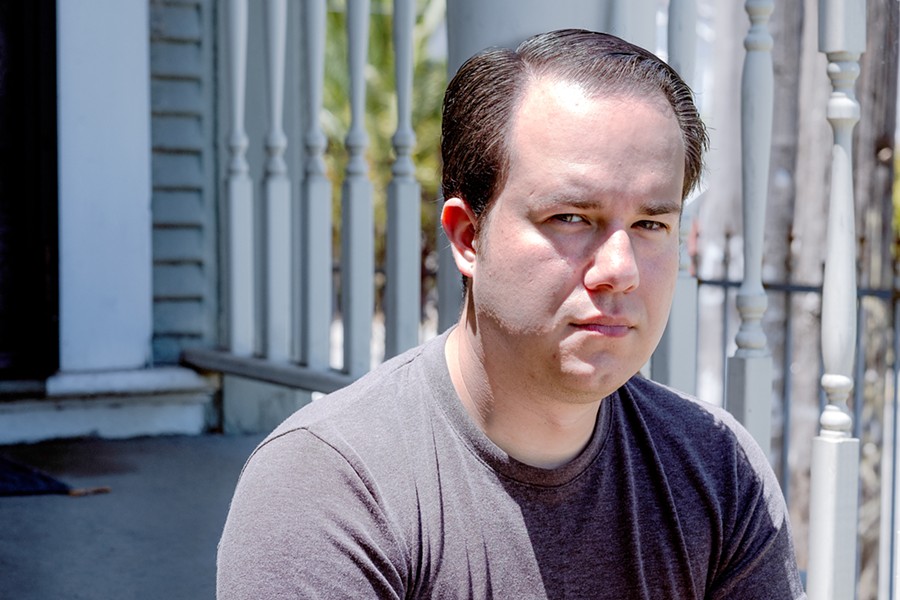 Nick Coultas moved into a rent-controlled, five-bedroom apartment in West Oakland in 2011, and for roughly five years he always had four housemates. Retail workers, educators, and musicians cycled in and out, all of them so appreciative of the modest rent — roughly $2,000 for the whole place, or $400 a month each — that they claim to have endured all kinds of hazards: mold-contaminated clothes in the closet, window-frames that detached from the wall and fell outside.

But ever since a housemate left at the end of last December, one room has been empty. That’s because the landlord, former Oakland Rent Board commissioner Linda Lonay, rejected three subtenant applications in three consecutive months.

Coultas now says prospective housemates are even declining to apply, given the trouble, leaving him and the remaining tenants with an effective rent increase for the past six months.

“If it was one month, that’d suck,” Coultas told the Express. “But now it’s been several months of making up for that rent.” The next time someone moves out, Coultas worries that they’ll have to absorb even more of the rent.

Now, this month, Lonay informed the tenants that she intends to sell the property, prompting Coultas to think that she wants them out in order to make it more marketable. He claims his landlord has purposely denied applicants in order to hike up their rent and motivate them to move, a charge the landlord denies.

Either way, housing advocates say that such a tactic is increasingly common, as landlords look to maximize rental income. Experts explained to the Express that it particularly impacts families and low-income workers, who often share multi-bedroom homes.

“Just because the rent is extremely low does not mean I accept extremely low quality tenants.” tweet this
“We see this happen to rent-controlled units with just-cause protections a lot,” observed Selene Chala, an organizer with tenants-advocacy organization Causa/Justa. She explained that rent-stabilization is tied to the original tenant, and that, when they leave, it resets.

“So now, we’re seeing landlords try to force [these original tenants] out by denying the one-for-one subtenant replacement for new roommates,” Chala said.

Lonay, who according to Alameda County records owns more than thirty properties in Berkeley and Oakland, denied that she’s trying to force the tenants out — writing that the applicants simply don’t meet her “standards.”

In an email, Lonay explained that the subtenant applicants either didn’t make enough money or lacked local job history. Coultas and his housemates dispute this, saying everyone earned several times the rent of the vacant room.

Emails from Lonay to Coultas and his housemates from earlier this year indicate the landlord gave her tenants different explanations for denying the applicants — and possibly violated state and city housing laws.

“When [the unit] was rented, the economy was in the toilet: you were the best applicants,” Lonay wrote in an email to her renters. “Since the recession, people have put their lives back on track and moved on[.]”

In a subsequent email, she continued: “The local economy here is spilling over with people far more accomplished than her to select from,” Lonay wrote, explaining a rejection. “For that apt, at that rent, in this economy, you should be getting young professionals, grad students or Masters grads. …

Coultas’ housemate Cooper Berkomoyer argued that all three applicants Lonay denied were steadily employed and making several times the monthly rent. “To not only deny them but to demean them and demean us at the same time — that’s cruel,” he told the Express.

When Coultas’ housemate Jessie DeStefano moved in, she worked as a nanny. Since, she’s gotten accredited and become a public school teacher. “And Linda says my life isn’t on track?” she said. “It’s offensive.”

(Asked to comment on the emails, Lonay responded, “I’ve insulted them? Wow.”)

“Just because the rent is extremely low does not mean I accept extremely low quality tenants.” tweet this
“I think it’s pretty unreasonable for them to instigate this [by talking to the media],” Lonay told the Express during a phone interview, adding that she feels victimized by the attention. “I feel like I’m a lamb being led to the slaughter.”

She added that this is a “challenging environment for landlords,” citing a new “militancy” among renters in Oakland. She explained that she gets “checks for $300 when other landlords are getting $900.”

When Coultas and his housemates pressed Lonay about what kind of applicant she would accept, she indicated people who not only make enough money, but also have certain kinds of jobs. “The type of endeavors, studies (students), or careers are as relevant to me as their income and references,” Lonay wrote in an email.

Lisa Greif, a housing attorney with Bay Area Legal Aid, emphasizes that Oakland’s Just-Cause for Eviction Ordinance prohibits landlords from unreasonably withholding the right to sublet. “This seems unreasonable,” she said of the Coultas-Lonay dispute.

Greif said that, if a landlord states that they only want certain kinds of workers, they possibly run afoul of state housing law, which allows landlords to maintain income requirements, but prohibits discrimination based on source-of-income.

“But in any kind of discrimination case, you look at the motive,” Greif said. “Are the people who are in the jobs that [landlords deem] acceptable a certain class of people?”

Chala with Causa/Justa argued that, “by saying you only want college-educated folks or tech workers, that’s facilitating gentrification.

“The landlord appears to be actively trying to change the demographics of West Oakland,” Chala said.

Coultas says this isn’t their first conflict with Lonay. Last year, he says she used five years of “banked” rent-increases to bump up the rent — and then, nine months later, tried to raise their rent by the same amount again. Coultas told her that it was too soon for a rent increase, and that the amount far exceeded what’s permitted under Oakland’s rent-stabilization laws.

Lonay relented. But Coultas worries that the incident — successfully batting back an illegal rent-increase — made him a problem tenant in her eyes.

Shortly thereafter came the first denied subtenant application. And after six months of compensating for the rent, he says the household feels almost “depleted.”
Lonay, who served on the Oakland Rent Board between 2011 and 2014 as an appointee of former Mayor Jean Quan, administers some of her rentals through the company 510 Properties. She purchased Coultas’ home, a bank-owned duplex, for $160,000 in 2011.

“At this point, it feels like, the next time someone moves out, we’ll have to absorb their rent,” as well, Coultas said.

“And then we’ll all probably just have to move out.”