This week's feature takes a peek inside pinball subculture. It's not just an arcade game; it's got a whole history behind it, dating back to the American Revolution. Alamedan Michael Schiess is a longtime pinball fanatic who has his eye on creating a museum to show off his massive collection of rare pinball machines — apparently the largest in the world. His Pacific Pinball Museum on Webster Street allows visitors to play about ninety of them, but he's got hundreds more stored in a nearby warehouse. The problem? The City of Alameda doesn't seem interested in letting him do such a thing. Meanwhile, his collection is being threatened by a leaky roof, pinball museums are popping up all over the country, and Schiess' annual Pacific Pinball Expo in San Rafael draws thousands from all over the world. Good move, Alameda. 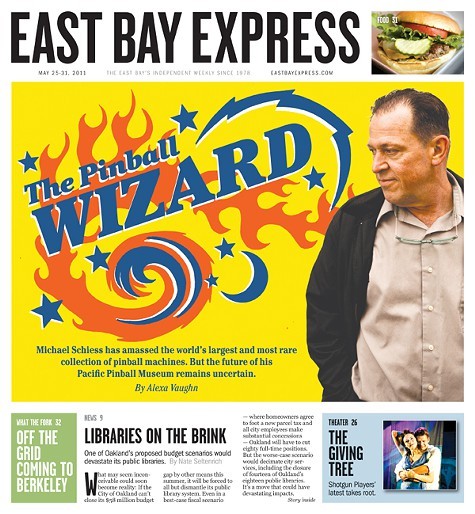