This week's feature is all about Richmond's City Manager, Bill Lindsay, who's managed to take what was once a widely maligned, pollution-spewing, crime-ridden afterthought and turn it into a well-run, business-friendly, financially sound city. Also, and infinitely more importantly: the home of Oprah's favorite croissant, Galaxy Desserts' "three-ounce French croissant, which has so much morning goodness in its fluffy folds that Oprah Winfrey has featured it five times on her favorite things list." (OH SNAP! TAKE THAT, BERKELEY!)

Buttery, Oprah-endorsed awesomeness aside, it's a fascinating lesson in local governance, and a look into a city, and a guy, that are are doing it right, despite numerous challenges. Read it all here. 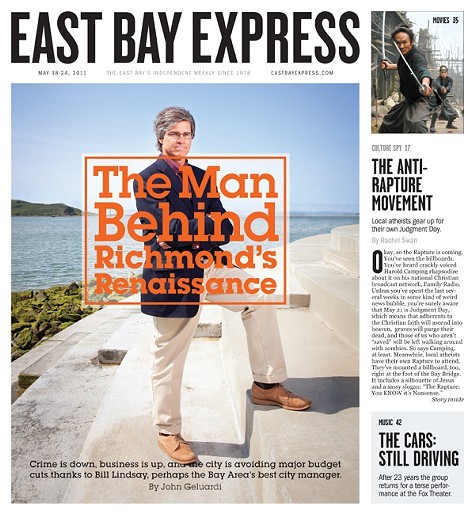