Will Corporations Ruin Live Music in the Bay Area?

Promoters say that corporate saturation in San Francisco concerts means costlier tickets, boring music, and shutters for independent venues. What does it mean for the East Bay? 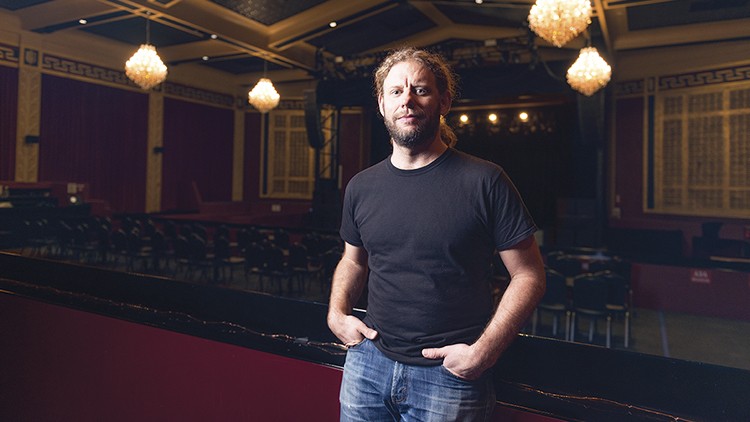 On New Year's Eve in 2011, Anthony Bedard was walking through San Francisco's Tenderloin district to catch the bus. The longtime booker of the Hemlock Tavern, a storied rocker retreat among the drunken bluster of Polk Street, was about to pass the Great American Music Hall when Dawn Holliday, then the venue's feared and revered talent buyer, beckoned him into the box office for a glass of champagne, and complimented his work at The Hemlock. "I didn't even think she knew about us," he recalled. So, when Holliday remarked that she was about to start booking Hardly Strictly Bluegrass, then 10 months away, he offered to help. "Basically, that led to me booking the Great American Music Hall and Slim's."

Bedard has booked the Hemlock since 2002, the same year that the company behind the Boz Scaggs-founded South of Market venue Slim's acquired the Great American Music Hall. Bedard's programming at the Hemlock — generally, punk and rock, with an eye toward emerging or defiantly underground locals — skews several degrees of popularity beneath headliners at Slim's or GAMH. But often he spotlights artists before they graduate to larger venues. Bedard once played Slim's himself. It was 1995, and his cult rock outfit the Icky Boyfriends were mercilessly heckled while opening for Mudhoney — an experience he remembered when, in early 2017, he started booking Slim's and GAMH. "I went from getting booed off the stage at Slim's to booking it."

Bedard spoke from a barstool at the Hemlock. It's the kind of dive where regulars regarded the acceptance of credit cards, introduced just a few years ago, as something just short of betrayal. The songs playing overhead were long and mid-tempo, with only steady tambourine and nimble basslines audible, which lent any conversation a relaxed, slightly sleazy tenor. Smells wafted from the semi-enclosed smoking patio. The entire block is slated for redevelopment, casting some uncertainty on the bar's longevity, so Bedard was thrilled to start booking Slim's and GAMH, a gig he was assured would transition to full-time. But in December, he learned that both venues, among the city's most celebrated independent concert halls, were partnering with entertainment giant Goldenvoice.

"Within a couple weeks, there wasn't really anything left for me to do," he recalled. "I thought maybe they'd keep me around to handle the local bills or something, but no."

Bedard was, of course, disappointed. He'd been honored by the idea of succeeding Holliday (who left to focus on Hardly Strictly Bluegrass in early 2017), whom he called "the iron lady" and "an indomitable force" in the local music industry. But he was also dismayed, as a musician and concertgoer, to see the venues' longtime independence compromised by a partnership with Goldenvoice, an out-of-town subsidiary of Anschutz Entertainment Group, a multibillion-dollar company owned by a prominent right-wing philanthropist. "I'm bummed because it's them, those guys — Goldenvoice," he said. "I wanted to keep working for independent venues."

And Goldenvoice's deal with Slim's and Great American Music Hall isn't the only recent corporate incursion into the Bay Area's concert industry. Goldenvoice also recently announced a festival, Blurry Vision, headlined by Migos and SZA, to be held this May at Middle Harbor Shoreline Park in Oakland. And last year, Live Nation Entertainment, which owns Ticketmaster and the Fillmore as well as dozens of venues across the country, announced the launch of August Hall concert venue in the former site of Ruby Skye near Union Square.

For the first time, the three major players in local concerts — Goldenvoice, Live Nation, and their locally based competitor, Another Planet Entertainment, which runs Outside Lands and Treasure Island music festivals in addition to venues The Fox Theater and the Bill Graham Civic Auditorium — each control everything from a small club to a massive music festival in the Bay Area. While the corporate control of live music might lead to some musicians receiving higher fees, local promoters say it also leads to higher ticket prices, more homogenous booking, and fewer opportunities for local acts. It also threatens independent venues, which often struggle to compete against companies big and diversified enough to consider gigs loss-leaders.

While the corporate control of live music might lead to some musicians receiving higher fees, local promoters say it also leads to higher ticket prices, more homogenous booking, and fewer opportunities for local acts. tweet this

Goldenvoice and Live Nation's tightening grip on gigs in San Francisco has consequences for the East Bay, where venues are independent or run by Another Planet Entertainment. "There's definitely a full-blown consolidation with corporate buyers in San Francisco right now, and they pressure independent buyers really significantly," said UC Theatre manager Matthew "Smitty" Smith, adding that it undermines the establishment of the East Bay as a separate market. Smith continued, "So you'll get people like me saying, 'play both sides of the bay,' but you won't hear Goldenvoice say that because they don't have any interest in the East Bay."


When Dawn Holliday helped Boz Scaggs launch Slim's in 1988, Goldenvoice and Live Nation were hardly present in San Francisco, and Another Planet didn't exist. Clubs such as Slim's and Bottom of the Hill, like the Hemlock more recently, were tour destinations as much as they were local haunts — a combination at the core of a healthy music scene. "They're small businesses, so as a talent buyer, it's like you're spending your employees' money, money you all made that week, and you're facing the ticket buyer yourself," she explained. "We were always independent — Slim's and Great American. So, I've thought about this a lot — the Goldenvoice partnership — and it's a great source of a sadness for me."