Where to Watch the Election

Depending on tomorrow’s outcome (and your political persuasion), you may need a shoulder to cry on, or a celebratory beer. Regardless, there’s a good chance you’ll get through it better surrounded by your fellow citizens. Here’s a list of bars, clubs, and other East Bay businesses and locales that will be hosting special screenings of election-night coverage: 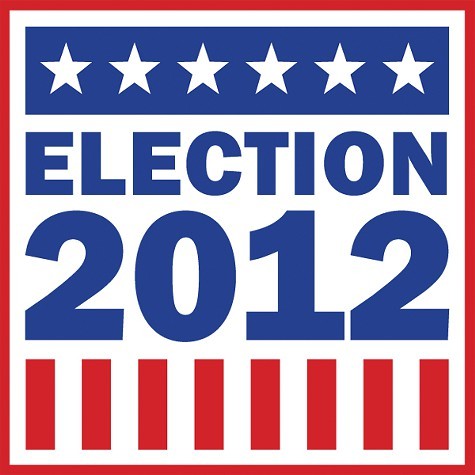 UC Berkeley's Sproul Plaza
The Associated Students of the UC’s Office of the External Affairs Vice President and the Graduate Assembly will set up a Jumbotron in Upper Sproul Plaza to watch the presidential race, as well as numerous state and local contests. The daytime high for tomorrow is expected to be near 80 degrees, so it should be a lovely evening to hang out outdoors.
Bancroft Way and Telegraph Ave., Berkeley. 5 p.m.-midnight (or until the election results are known).

Awaken Cafe
The downtown Oakland cafe (which also screened the presidential debates), will be showing the returns on its big screen, with plenty of beer (and tissues, just in case) on hand.
1429 Broadway, Oakland. 7 p.m.

Kitchener Oakland
What election night would be complete without food? Kitchener Oakland — a commercial kitchen and a creative food hub — will host a Vegetarian Feast and Pop-Up Market featuring vendors selling items like muffins, vegan gumbo, organic salsa, and ice cream sandwiches. Artisan cocktails will also be for sale, and, best of all, there will be FREE BEER.
372 24th St., Oakland. 6-9 p.m.

La Peña Cultural Center
La Peña’s election-night screening doubles as a benefit. The all-ages event is free, but the cultural center will be selling beer, wine, and pizza and salad from Arizmendi to raise funds.
3105 Shattuck Ave., Berkeley. 5 p.m.

Acme Bar
The Berkeley bar known for its huge whiskey selection (which may come in handy) is having a special election party with drink specials.
2115 San Pablo Ave., Berkeley.

Luka’s Taproom & Lounge
Election coverage will be on in the lounge on the big screen with sound and on the TVs around the bar without sound. No drink specials, but happy hour goes till 5:30 p.m.
2221 Broadway, Oakland. Starts around 5 p.m.

Did we miss any? Let us know in the comments section!