How often does the trombonist trade in the slide lubricant and spit valves of his main trade for the siphons and bottling buckets of the home brewer? How often does the oboist set aside her handcrafted reed to take up the ancient art of winemaking?

Perhaps more often than you’d think. For years now, several members of the Oakland East Bay Symphony (OEBS) have spent their off hours doing just that — creating homemade brown ales and setting up garage wineries. On Saturday, May 17, from 6 to 9 p.m., members of the orchestra will be sharing their imbibable creations with the general public, in a first-time event they’ve dubbed “Bach & Brew.” The event, a fundraiser for OEBS, will take place at the Linden Street Brewery (95 Linden St., Oakland), where attendees will have the opportunity to sample an assortment of beverages that can’t be purchased in any liquor store — all of them created by the orchestra’s “musician-brewmasters” and “musician-winemakers” — as well as some craft beers by Linden Street head brewmaster Adam Lamoreaux. 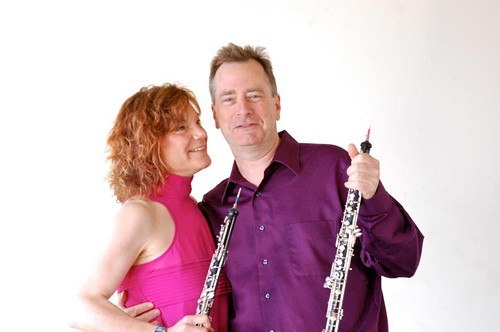 Andrea Plesnarski, the organizer of the event and the orchestra’s principal oboist, is an amateur winemaker herself, along with her husband Tom Nugent, who also plays the oboe professionally. Plesnarski explained that the idea for Bach & Brew came about when the orchestra was trying to brainstorm new ways to reach out to the community. There’s an alarming number of people who don’t even know that Oakland has an orchestra, Plesnarski said. And it’s true: A big boisterous party where beer and wine enthusiasts get to geek out over some trombone dude’s jerry-rigged English ale certainly seems like it might break new ground.

But while Piesnarski always knew that a few of her orchestra-mates shared her interest in home fermentation, she said she was surprised to find out just how many there were — at least 8 members of the 74-member orchestra. In other words, a larger-than-you’d-expect proportion of people who are members of one rarefied profession are spending an inordinate amount of their free time participating — obsessively, in some cases — in a somewhat obscure hobby. It’s enough to make a person wonder whether there’s some connection between the two.

Rena Urso-Trapani, who plays the flute for OEBS and enjoys brewing “extract”-style beer, said she thinks it’s an interest in the creative process that draws musicians to home brewing. “A lot of musicians that I know love to bake and love to cook,” she said. At Saturday’s event, Urso-Trapani will share a “Coffee Cantata Stout,” a beer inspired by Bach’s “Coffee Cantata” — a piece, she said, that every professional flute player knows well. 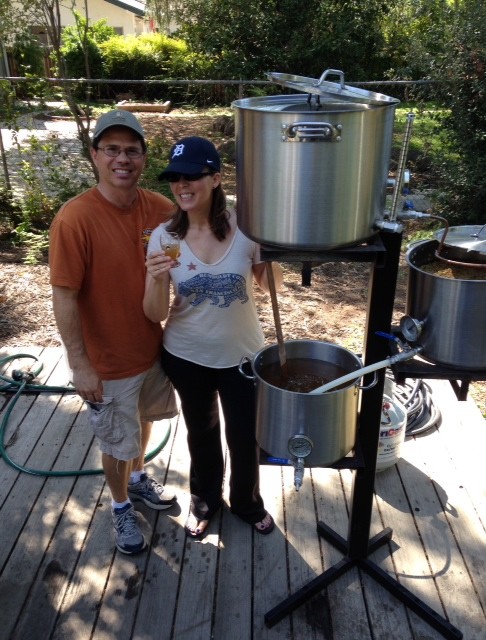 Urso-Trapani’s husband, Steve Trapani, a trombone player who specializes in brown ales, has been brewing beer at home since 2008, after fellow OEBS trombonist Bruce Chrisp first turned him on to the hobby during the Nineties. But Trapani couldn’t say for certain why five of the six home brewers who are participating in next Saturday’s event are members of the orchestra’s lower brass section — three trombonists, a tuba player, and a French horn player. (Urso-Trapani, the flutist, is the sixth.)

“I don’t know why. Maybe it’s because we’re all friendly; maybe we hang out more than the other sections,” Trapani said. “For whatever reason, there’s a lot of home brewing going on in the trombone world.”

Meanwhile, Plesnarski and Nugent have been making wine in the garage of their Oakland home for the past twelve years. Nugent, the primary winemaker, said he just enjoys the physicality of the process, and the opportunity to experiment with the science of flavor. For Plesnarski, the biggest connection between music and winemaking is the sense of community that each creative process fosters. “When you’re making wine with other people and sharing it with them, it’s a lot like making music,” she said. “You’re working with other people — making something organic that may or may not turn out well, but often does.”

Plesnarski also noted that in France, the oboe canes that are used to make the reeds of their instruments actually grow among grapevines. Coincidentally — or perhaps not — all of the featured musician-winemakers play the oboe.

Of course, no gathering of talented classical musicians would be complete without a performance of some kind, and Saturday’s event will feature two — first, a performance of several of Bach’s Brandenburg Concertos, led by symphony director Michael Morgan on keyboard, and then a soul and dance crossover performance by the cello group Dirty Cello.

There will also be plenty of food available for purchase, courtesy of several popular Bay Area food trucks. The current lineup includes D.O.G. Truck (hot dogs and chili), No Worries (vegan Filipino food), Fist of Flour, and Ippo Ramen. Tickets to the event are $25 ($15 for kids and designated drivers).

Update: Due to a last-minute permitting issue, Bach & Brew will be unable to serve wine this Saturday. Beer service remains unchanged.