What We Like: Garry Winogrand, The Lovelight Blues Band, John Cleese Explains the Brain

SFMOMA From the 'Los Angeles' series by Garry Winogrand.

ART
Yeah yeah yeah, going to SFMOMA is really expensive (even when flashing your immaculately preserved student ID), but the new Garry Winogrand photography exhibit is an incredible glimpse into post-Depression New York, plus the Sixties and Seventies in LA, the American Southwest, and elsewhere. If street photography is your jam, there’s a complementary exhibit on the beginnings of the art form that includes more street-lurking luminaries (Weegee, Lee Friedlander, and Diane Arbus, among others). If you don’t like photography enough to shell over two drinks' worth of cash, you could wait until May 30-June 2, when admission to MOMA will be free due to the museum's upcoming closure. — Azeen Ghorayshi 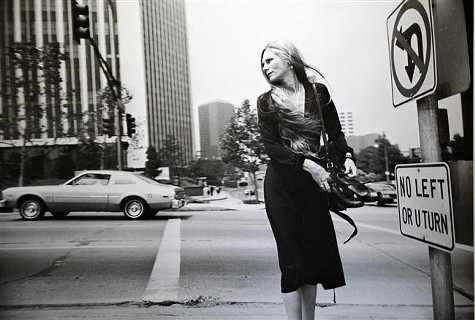 MUSIC
Oakland's own The Lovelight Blues Band played Cafe Van Kleef on Friday night and introduced my friend from Tokyo to downhome American blues music. During a set break, she danced with lead vocalist Dee Washington, who called her up to the front of the stage to say "Welcome to Oakland." To quote my friend Tomoko: "I cannot understand the words, but I feel the music." Catch the band again on Friday, May 10. — Whitney Phaneuf

A new profile of the gender bending, self-described “acid punk rapper” Mykki Blanco is up at the Village Voice and is definitely worth the read. For the unlucky/uninitiated, listen/watch this. — A.G.

SCIENCE
Radiolab posted this segment of Monty Python’s John Cleese “explaining the brain.” If only he could explain why I can’t stop thinking this is so funny. — A.G.