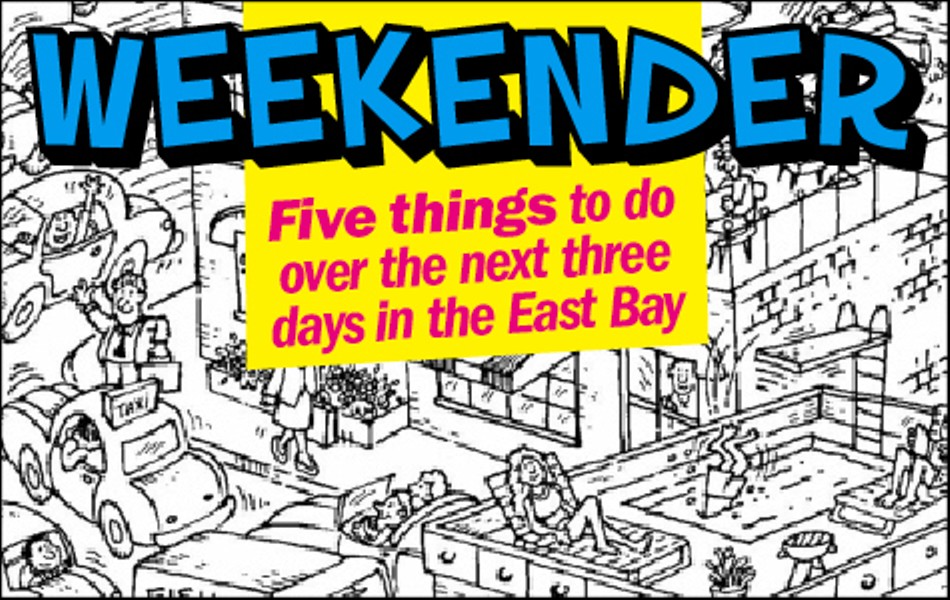 School's out for summer, Obama finally admitted that drones have been used to kill Americans (then said they'll stop soon—kinda), and, you guessed it, it's the weekend! Celebrate what you will, but don't forget to check out these five extra weekend-worthy events:

Pardee Home Ghost Investigation
If you’ve secretly fantasized about going on a ghost hunt, who better to guide you than Karen Zimmerman, local author of Ghost Stories and Legends of Alameda, Berkeley, and Oakland? Join Zimmerman on Saturday, May 25, for a séance at Oakland’s Pardee Home Museum, which was home to three generations of the same family and is thought to have since been privy to some occupations of the paranormal sort. Optional but recommended tools for the beginning ghost hunter are a camera and a voice recorder, and for the more seasoned, “dowsing rods, pendulums, and EMF meters.” 7 p.m.-midnight, $50 (includes a meal in the middle of the investigation). 510-444-2187 or PardeeHome.org — Azeen Ghorayshi 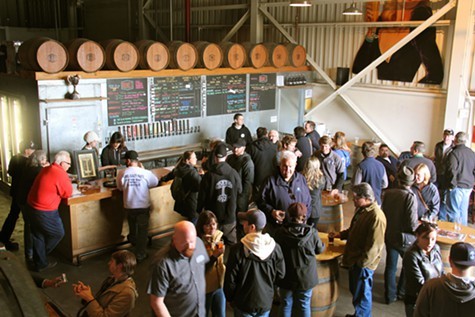 NorCal Session Fest
According to the authorities at BeerAdvocate.com, the category of “session beer” was conceived during World War I, when England imposed allowable drinking periods on workers. As a result, the ideal session brew would be something that quenched one’s thirst without causing drunkenness, allowing the workers to pack in as much fermented fluid as possible. Hence today’s pleasantly broad “session beer” label, most often imparted to anything with less than 5 percent ABV; a malty, hoppy taste; and a clean finish — all conducive to its “the more the merrier” mantra. Satisfy your session itch at Drake’s Brewing Company on Saturday, May 25, when Drake’s hosts its 1st Annual NorCal Session Fest. FiveTen Buger and Fists of Flour pizza will be on hand to pair with session brews from twenty-five breweries, plus live music from local blues-and-boogie duo Clangin’ and Bangin’. All proceeds benefit the East Bay Bicycle Coalition. Noon-4 p.m.; $30 presale, $35 at the door. 510-568-2739 or DrinkDrakes.com — A.G.

Can't Apologize Enough
You cannot miss the humor in David Fullarton’s subtly riotous I Can’t Apologize Enough exhibition, now at Compound Gallery. If you do, then perhaps there is a spot for you on the artist’s ever-expanding wall of supposed contrition. The series’ several dozen works consist of small, skillfully drafted graphite portraits on sketch paper, depicting basically regular, if somewhat dopey-looking folks. Paired with each earnest mug, however, is an outrageous apology along with a still more outlandish qualification. “I’m sorry that I ran off with the man who played Buzz Lightyear in Disney On Ice,” says a pudgy blond woman, head tilted and mouth slightly agape: “I was powerless to resist the allure of his celebrity.” Written in a ransom note-like miscellany of carefully rendered typefaces, these notes, which range in character from silly to existential, read something like exquisite corpses. In fact, the artist comes up with the apologies first, then matches them to faces sourced from found photographs. Each proves all-too fitting. Through June 9. 510-601-1702 or TheCompoundGallery.com ¬— Alex Bigman

Miliki
Miliki, a Nigerian restaurant in Oakland’s Laurel district, offers a rare boon to the adventurous diner: a chance to try authentic West African dishes that are prepared without compromise and are full of bold, spicy, funky flavors. The quintessential dish is egusi, an earthy spinach-and-tomato stew thickened with the ground-up seeds of a kind of African melon, served — as is traditional — with iyan, a ball of sticky dough made from pounded yams. Meanwhile, soul-food lovers will appreciate the rice-and-bean combination — the menu's most conservative option — which comes with tomato-infused jollof rice, fried plantains, smoky slow-cooked beans, stewed greens, and your choice of meat. And, even if you’ve never heard of them, many of the appetizers are delicious crowd-pleasers: suya (beef coated in a paste-like African spice rub), akara (surprisingly light black-eyed-pea fritters), and moin-moin (steamed bean cakes, like Nigerian tamales). — Luke Tsai

General Hospital
EBX's own Jack Murphy will be taking the stage this Saturday, May 25, at Sugar Mountain with his newly dubbed band, General Hospital. In Jack's own words, the show will be a "great chance to relive the 90’s with the real deal East Bay Pop Punk in a dingy warehouse"! Also, he has bedazzled his Marshall amp with sparkly blue vinyl, Indian gold silk, and rubber grapes "just for the occasion"! Lastly, there will be other great bands, including Comfort Slacks, The Gash, and Apogee Sound Club! Don't miss what's 100% guaranteed to be a totally worth it thing to do on your Saturday night. 8 p.m., $5. For more info, visit the show's Facebook page. — A.G.

Update:A previous version of this story incorrectly stated the number of beers Drake's will have on tap.
Prev
Next