It's Friday! Here's your weekend, all planned out and ready:

Vir
The East Bay has no shortage of shoegaze acts, but one of the scene's most talented bands is, in fact, transplanted from the other half of the globe — the southern half, that is. Vir is a trio of fantastically noisy New Zealand natives who churn out the best kind of delay- and loop-heavy, atmospheric ear-storms reminiscent of Sonic Youth and newer acts like A Place to Bury Strangers. But this moodier sound, as heard on the band's excellent 2012 record, Engineers, may be on its way out, as Vir gets set to release its still-untitled album later this year. According to guitarist and vocalist Sam Sloane, the band's next album is already "sounding quite dark and sultry, but a little poppier and less experimental than Engineers." In a spate of upcoming shows, including one on Friday, Apr. 19, at The Night Light, the band will be testing out some new material songs. Hear them, along with Spider Meow, Vague Choir, and Space Ape. 9:30 p.m., $7. TheNightLightOakland.com — Lenika Cruz

Pretty Penny Anniversary
In the battle for most-beloved East Bay vintage store, Pretty Penny sweeps the competition. From its impeccably curated selection of men's and women's vintage and locally designed duds down to its quaint, two-story Rockridge store (recently revamped to impossibly cuter proportions), Pretty Penny is, well, pretty perfect. And owner Sarah Dunbar has an impressive vintage resume to boot: She worked at Telegraph Avenue's quirky-retro Mars Mercantile and Williamsburg staple Beacon's Closet before deciding to open a store filled with her own selections. On Friday, Apr. 19, join Dunbar and the Pretty Penny community at the store for its seven-year anniversary party, featuring free food and drinks, a photobooth, live music, a pop-up vintage store, and all the clothing you can afford to carry home. 5-10 p.m., free. 510-594-9219 or PrettyPennyClothing.com — Azeen Ghorayshi

Alameda Earth Day Festival
For your fill of Earth Day festivities, head over to Alameda's Washington Park to partake in a day-long celebration of our lovely little planet. Kids can play games or visit exhibits to learn about building a healthier planet, produce vendors will peddle their farm-fresh wares, and everyone can participate in a variety of Scout-led sustainability projects. Make sure to bring the kids from 10 a.m. to 1 p.m. for the Fourth-Annual Upcycling Team Sculpting Contest, using creativity and probably a fair amount of duct tape to turn trash into treasures. The volunteer-minded can also head over to the Crab Cove Visitor Center a couple hours early to pitch in on a pond- and beach-cleanup. 10 a.m.-3 p.m., free. 510-747-7529 or CityofAlamedaCA.gov— A.G. 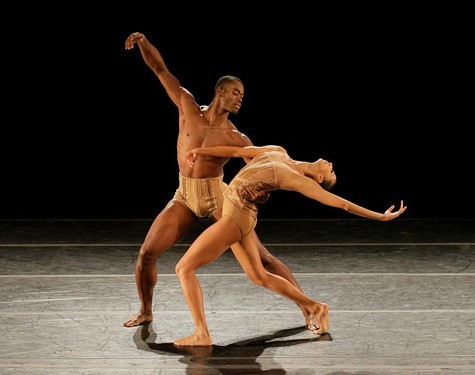 Alvin Ailey American Dance Theater
In 2011, Robert Battle rose to the helm of the Alvin Ailey Dance Theater as the third leader in its 55-year history. Returning to the East Bay during his second full season, he's steering what he once called the "big Ailey ship" towards exuberant signature displays and expansive, unchartered territory with four different programs featuring two Bay Area premieres. If there's feasting in dance — or a not-to-miss local world series of dance — this is surely it. Highlights include premieres by Battle and Kyle Abraham, JiríKylián'sPetite Mort, Rennie Harris' Home, and a tantalizing Ailey Classics program. Performances run Tuesday through Friday, April 23-26, at Zellerbach Hall. Tue.-Fri. 8 p.m.; Sat. 2 p.m. and 8 p.m.; Sun 3 p.m. $30-$92. 510-642-9988 or CalPerformances.org — Lou Fancher

Shipwreck
If Tom Stoppard's 2002 Coast of Utopia trilogy was overambitious in its narrative, then for a small theater company like Berkeley's Shotgun Players to produce it seems like a twofold folly: It demands thirty-plus actors to commit to three plays, in this case over a three year period. Watching the current installment, Shipwreck (part two), without having seen last year's Voyage (part one), I was frequently lost — but that did not stop me from enjoying the play immensely. The story follows a tight-knit group of Russian intellectuals, including Michael Bakunin, Ivan Turgenev, and Alexander Herzen, as they bounce around Europe during the revolutionary year of 1848. Stoppard balances the intellectual weight of this subject matter with a madcap humor and witty wordplay accessible to all, also turning his focus to the characters' romantic sides and steamy, sometimes misbegotten sexual liaisons. An unabashedly heady play enlivened by great performances under the direction of Patrick Dooley, Shipwreck is an utter joy.Through April 21 at Ashby Stage. 510-841-6500 or ShotgunPlayers.org — Alex Bigman