Weekender: The Top 5 Things to Do Over the Next Three Days in the East Bay

Happy Friday, cats and kittens. Plan the next 72 hours of your life, with help from our esteemed critics. Below, the five events not to miss this weekend.

Zoroaster
Maybe it’s because of Sleep, but for whatever reason, the Bay Area has long had a soft spot for dirty, droney stoner-metal (see: abundance of Electric Wizard T-shirts). Which is great for the touring careers of bands like Zoroaster. In a genre where being static is both an asset and a downer, this Atlanta trio manages to construct repetitive riffs in a far more compelling (and catchy) format than its peers. The trio’s brand of psychedelic-tinged, cosmically trippy stoner doom metal really solidified on 2009’s ear-wormy Voice of Saturn. Last year’s Matador on the E1 label inserted a jolt of electricity into that template, resulting in faster tempos, more screaming, and more guitar solos. Even The New York Times started taking note. Expect the Orange amps to be on eleven when Zoroaster stops by Thee Parkside (1600 17th St., San Francisco) on Friday, Mar. 11, with Weedeater, Kvelertak, and Begotten. 9 p.m., $12, $14. TheeParkside.com — Kathleen Richards

Benefit for Ugandan Orphans
If there’s any possible downside to spending a Saturday afternoon drinking, it’s the fundamental self-indulgence of it all. Behold, Linden Street Brewery’s benefit for Ugandan orphans, which offers all the boozing with none of the guilt. The party goes down Saturday, Mar. 12, at the brewery’s West Oakland headquarters (95 Linden St., Oakland) and features film screenings, a silent art auction, kids’ activities aplenty, and, of course, beer for sale. All proceeds go to an undeniably good cause: the Hope Home Orphanage in the Iganga district of the war- and disease-ravaged African country. Noon-5 p.m., $5-$10. 510-735-6907 or HelpUgandaKids.org — Ellen Cushing

Meshell Ndegeocell Covers Prince
The East Bay slid into utter chaos when pop superstar Prince announced his three February show dates at Oracle Arena. Within a few days, nearly nine hundred scalpers had advertised on Craigslist, while diehard fans paid up to $738 a ticket, so they could be close enough to watch spit fall from the singer’s mouth. That alone says something about Prince’s longevity. Neo-soul singer Meshell Ndegeocello doesn’t have quite the same cachet, but she’s definitely part of the same lineage as Prince, to whom she’ll pay tribute this week. Raised in the DC go-go scene, Ndegeocello is mostly known as a singer and electric bassist, though she’s actually proficient in a number of instruments. She careers between genre the way a polyglot might shift between languages, mixing reggae beats and funk bass lines with the soft, murmured vocals of an R&B torch song. As a result, Ndegeocello’s tracks are often jaggedly stitched together. But they’re also startling and beautiful. She’ll lead a full band this week at The New Parish (579 18th St., Oakland) Friday-Saturday, Mar. 11-12, and at The Independent (628 Divisadero St., San Francisco) on Sunday, Mar. 13. Friday and Saturday shows start at 9:30 p.m., Sunday show starts at 8 p.m. Supporting act Martin Luther will cover The Beatles. $25. TheNewParish.com or APEConcerts.com — Rachel Swan 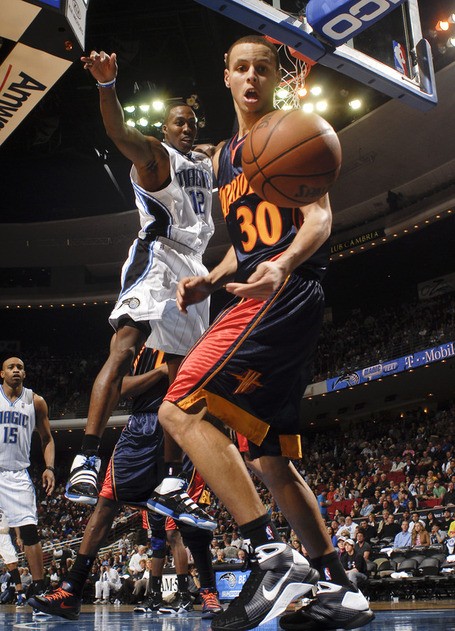 Golden State Warriors
Spring is just a pollen blast away, and the East Bay’s interest in our professional basketball team is nearly as ephemeral. Although the Golden State Warriors had all of February and a huge homestand to hook us, now they’re fading slowly into the depths of the Western Conference. But the Warriors still have a loose grip on the local sports scene — at least until the baseball season begins. This weekend, the team hosts two cross-country foes at the Oracle Arena (7000 Coliseum Way, Oakland): the Orlando Magic on Friday, Mar. 11 at 7:30 p.m., and the Minnesota Timberwolves on Sunday, Mar. 13 at 6 p.m. The Warriors are pretty far back in the playoff hunt and will likely spend the warmer months watching their betters play on. If you want a last blast of winter, misery would enjoy your company this weekend. $10-$400. 1-888-479-4667 or NBA.com/warriors — Kibby Kleiman

Catch a Movie: Our intrepid movie reviewer, Kelly Vance, recommends the Asian-American Film Festival, running through the 20th at the PFA, in addition to various San Francisco and San Jose venues.

Eat Up: Our critic is all about intimidation-free Korean fare at Albany's Bowl'd.

Waste Some Time:Not since Schoolhouse Rock have parts of speech been this fun. Behold, Fuck Yeah Nouns, which uses the magic of the interwebz to create a custom macro based on the noun of your choosing. Some make total sense; other make none at all, but that's all part of the addictive fun.