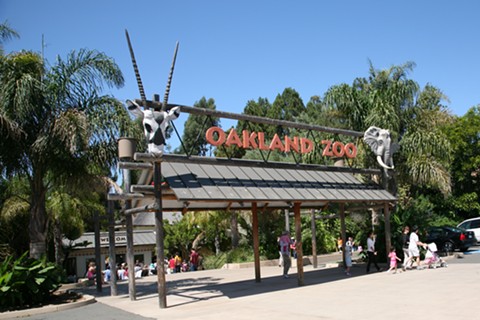 News you don't want to miss for July 1:

1. The Oakland Zoo is at risk of closing due to the covid-19 pandemic if it does not reopen soon, the East Bay Citizen reports. The zoo has burned through federal stimulus money and been forced to layoff workers and cut pay for others, a zoo official told Alameda County supervisors on Tuesday.

2. A number of Alameda County cities officially boosted their local minimum wage to $15 an hour today. The San Francisco Chronicle reports on the added costs to businesses during the pandemic and possibility that the extra cash will lead to increased consumer spending. $$

3. The Oakland City Attorney's office filed a lawsuit against three landlords for allegedly harassing and attempting to illegally evict tenants during the pandemic, the Mercury News reports.

4. Oakland councilmembers voted to amend its recently approved budget in three weeks, in a move that could add further cuts to the Oakland Police Department, the San Francisco Chronicle reports. The council voted last week to cut $14 million from OPD's budget. $$

5. Meanwhile, Berkeley officials voted to cut $9 million from its police department's budget on Tuesday night, KTVU reports. Similar to other local cities that recently made to cuts public safety, the cost-savings will come from police officer hiring freezes and a reduction in overtime.