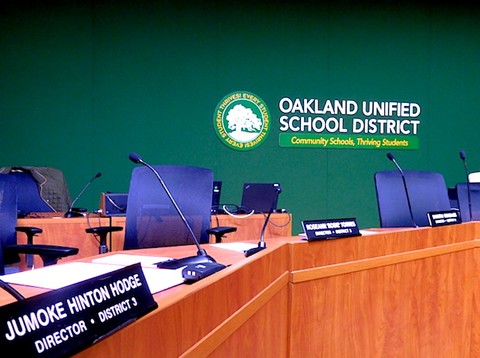 1. State Superintendent Tony Thurmond will allow individual school districts to determine when they will reopen for classes in the fall, the San Francisco Chronicle reports. But when they do, teachers and students will be wearing masks, and classrooms will be frequently sanitized. $$

2. The A's want to defer their $1.2 million rent to play at the Coliseum, SFGate reports. The reason is simple, they said. They haven't used the stadium this season because of the pandemic.

3. After two days of zero covid-19 deaths in the entire Bay Area - the longest stretch in a month - an increase has returned. Alameda County was among them, reporting three deaths on Tuesday, the San Francisco Chronicle reports. The death toll in Alameda County is 88, as of today. $$

4. Latinos in Alameda County have the highest rates of infection for covid-19. The demographic is being particularly hit hard in Hayward and unincorporated Alameda County. Berkeleyside reports on the resources, that advocates say, is lacking for Latinos in the county.

5. U.C. President Janet Napolitano will take a 10 percent cut in pay, along with some other employees, as the U.C. system faces a $1.2 billion loss in revenue since March, the San Francisco Chronicle reports.

6. In the East Bay, Hayward councilmembers voted to cut their pay by two percent, the East Bay Citizen reports. The city manager and executive team, along with two firefighters unions, agreed to forego two percent cost-of-living increases scheduled to kick-in in July.

7. The Stork Club on Telegraph Avenue in Oakland is closing because of high rent and covid-19, SFEater reports. Its owner hopes to reopen at another location.