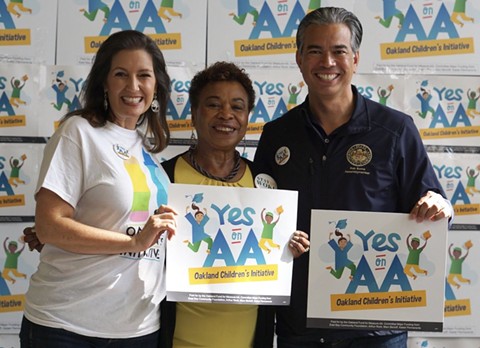 2. Two tanks at the NuStar Energy plant in Crockett containing 250,000 gallons of ethanol exploded Tuesday afternoon, causing a fire that closed Interstate 80 for hours, KGO-TV reports. Now investigators are exploring whether Monday night's magnitude 4.5 earthquake may have been a cause of the accident.

4. Gov. Gavin Newsom vetoed a bill that would have allowed more cities and other jurisdictions to use ranked-choice voting, the San Francisco Chronicle reports. The voting method allows voters to pick their top three choice. In the East Bay, ranked-choice is used only in Oakland, Berkeley, and San Leandro mayoral and city council races.

6. Actor and playwright Sam Shepard's final play, "A Particle of Dread: Oedipus Variations," will debut at the Old Finnish Hall in Berkeley, starting this Friday, the East Bay Times reports. The play will run from Oct. 18 to Nov. 10. $$