1. The Richmond City Council voted 4-3 early this morning to move forward with its controversial plan to help struggling homeowners avoid losing their homes to foreclosure, SFGate reports. The groundbreaking plan is vigorously opposed by large banks and some residents who fear that financial institutions will punish the city for its actions. It’s also unclear whether there is the required five votes on the council to actually carry out the plan to use eminent domain to seize underwater mortgages, refinance them, and reduce monthly payments for homeowners. Councilman Jim Rogers, considered a swing vote, voted against the proposal to continue exploring the plan. 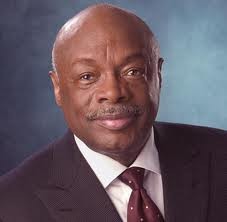 2. Governor Jerry Brown said he opposes renaming the western span of the Bay Bridge for Willie Brown, the former speaker of the Assembly speaker and mayor of San Francisco, who is now a Chronicle columnist, the Chron reports. The Chron’s editorial board also opposes renaming the bridge. But the influential NAACP strongly backs the proposal and it’s already won overwhelming approval in the state Assembly. In addition, Governor Brown does not have the power to block the bridge renaming.

3. Governor Brown, meanwhile, said he supports legislation that passed the state Senate that would exempt California public schoolchildren from taking the STAR test this year — even though the Obama administration has threatened to withhold billions in federal funds if the state goes through with the plan, the LA Times$ reports. The legislation would allow students to take a new standardized test via computer as a pilot project this year rather than the old pencil-and-paper test.

4. The state Assembly killed legislation that would have given the Coastal Commission the power to levy fines for violations of state coastal laws, the LA Times$ reports. Moderate Democrats joined with Republicans in defeating the measure.

5. State lawmakers voted to put a public-records measure on the ballot next year that would require cities and counties to pick up the tab for fulfilling public records requests, the AP reports (via Rough & Tumble). Currently, the state must pay for such requests.

7. And firefighters expect to fully contain the Mount Diablo fire by Friday, the CoCo Times reports.