The western span of the Bay Bridge.

1. PG&E attorneys admitted to state regulators that the utility’s recordkeeping for natural gas pipelines in the Bay Area has been faulty — even after the deadly 2010 blast in San Bruno, the Chron reports. The utility’s attorneys blamed human error for the problems, saying an engineer improperly assumed at least one pipeline on the Peninsula was safe in the aftermath of the San Bruno blast when it was not. 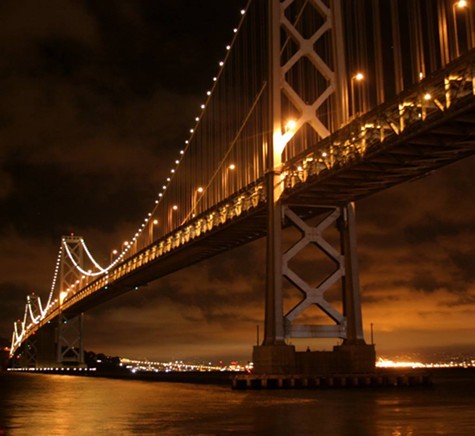 2. Bicycle activists are pushing for a new bike and pedestrian pathway on the western span of the Bay Bridge, the Chron reports. The new path would connect Treasure Island to San Francisco. Yesterday, a bike path opened on the new eastern span of the Bay Bridge, which connects Oakland to Treasure Island. MTC estimates that a path connecting to San Francisco would cost about $1 billion and would likely need voter-approval to raise the bridge toll by $1.

3. California’s prison system is now allowing same-sex marriages between inmates and non-inmates, the SacBee$ reports. Inmates of the same sex, however, will not be allowed to wed because of security concerns.

4. In a victory for concertgoers and sports fans, the legislature has sent a bill to Governor Jerry Brown that would outlaw the use of computer-software bots to buy up large numbers of tickets and then scalp them at steep prices, the LA Times$ reports.

5. And a bill in Sacramento is urging state regulators to encourage the expansion of geothermal energy in California — and to use revenues from the clean-energy source to repair the Salton Sea, the Riverside Press-Enterprise reports (via Rough & Tumble).