1. The nationwide shutdown of the Federal Aviation Administration is putting people out of work throughout the country, including in Oakland where a $31 million construction project at the airport has been halted, the Trib reports. The Republican-controlled House forced the shutdown when it demanded that funding for the FAA include anti-union measures and a curtailment of money for rural airports in Democratic-leaning states, a move that Senate Democrats rejected, the New York Times reports. 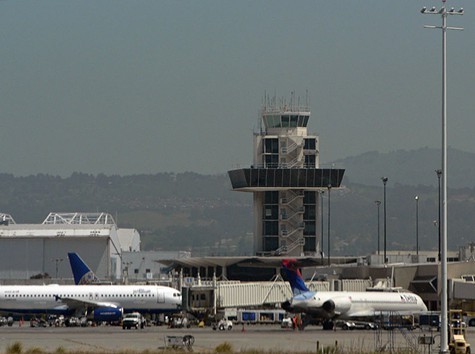 Although air traffic controllers and airplane safety inspectors remain on the job, all other FAA employees are now on unpaid furlough and FAA-funded construction jobs have been stopped. The shutdown is expected to last until at least Labor Day because Congress is now on its annual summer break.

2. Oaklanders proved resoundingly last night that they don’t live in fear despite the city’s high crime rate and its much-maligned reputation. The Trib reports that city residents held a record 560 block parties, celebrating National Night Out. The number of block parties in Oakland has grown dramatically over the years, as residents increasingly are coming together to retake their neighborhoods and look out for one each other.

3. The ink isn’t even dry yet on the new legislative district maps drawn up by the state’s independent commission, but Republican groups are already planning to sue to throw them out, the SacBee reports. Why? Because the new maps are expected to favor Democrats and could result in a super-majority of Dems in the state Senate.

4. The all-cuts deal agreed to by President Obama in order to raise the federal debt ceiling likely will impact California, and could result in the death of the state’s high-speed rail plan, along with cutbacks in clean-water programs, Bay Area News Group reports.

5. And even though unemployment is at historic levels, the demand for high-tech workers is so fierce that companies are wooing them with cocktail parties, Bloomberg Business reports.