Since Brenda Roberts became Oakland city auditor in 2015, productivity has plummeted, and ex-employees say the office has been wracked by a culture of abuse. 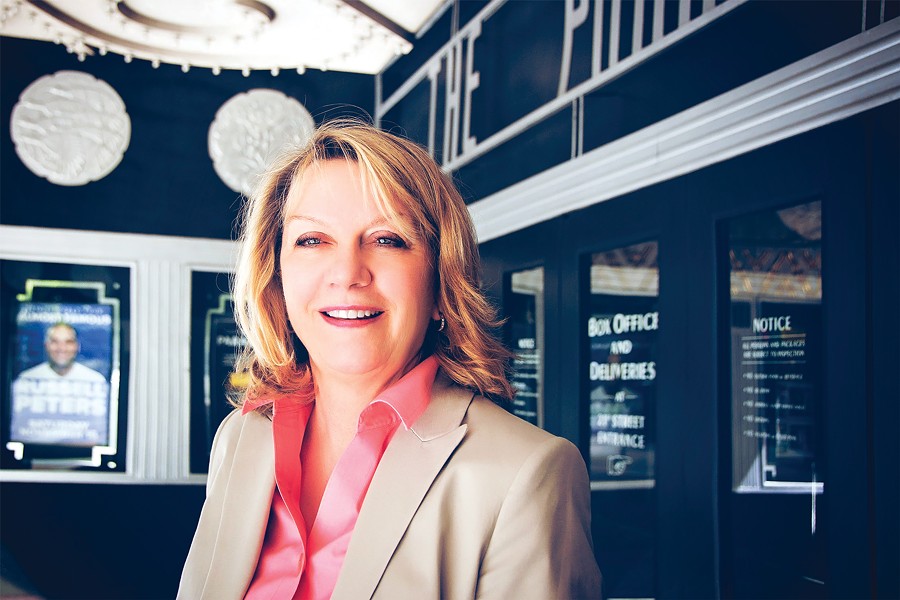 On his first day at work in Oakland City Hall, Robert McMenomy sensed something strange in the City Auditor's Office. McMenomy had spent close to 30 years investigating fraud for the FBI and joined the city auditor's office in April 2016 to run Oakland's whistleblower program. But he said he soon realized that the auditor's office, which is in charge of investigating city agencies and programs and preventing the waste of public funds, was wrought with stress, paranoia, and secrecy.

"The atmosphere was just — tense," recalled McMenomy, who was hired as the audit manager running Oakland's Fraud, Waste, and Abuse Prevention Program.

In the office's conference room, a white noise machine buzzed loudly to ensure conversations weren't overheard. And by the time McMenomy came on board, City Auditor Brenda Roberts had severely limited the roles of two managers who initially interviewed him for the position — Executive Assistant Timothy Knight and Audit Manager Mary Seymour.

McMenomy said he also soon learned that Roberts, who was elected in 2014 to replace longtime City Auditor Courtney Ruby, had dissolved the chain of command and demanded all employees report directly to her rather than the managers who typically oversaw their work. According to McMenomy and several other former employees, Roberts wanted total control and oversight of any work being done.

According to several former employees, Roberts wanted total control and oversight of any work being done. click to tweet

The office's productivity had also plummeted: It was slow to publish audit reports and conduct investigations that were critical to fulfilling the auditor's mandate to track taxpayer dollars and weed out corruption.

Viewed as government watchdogs, auditors aren't often followed closely by voters, but they are essential to the health of city governments. But according to numerous interviews and a review of thousands of pages of documents, the pile of work that ended up stagnating on Roberts' desk prevented the Oakland Auditor's Office from exposing problems plaguing the city — during a time when perhaps oversight was needed most. Even before the Celeste Guap sex scandal exposed corruption in the police department and 36 people lost their lives in an uninspected and not-to-code warehouse during the Ghost Ship fire, the city had already seen its fair share of controversy.

But being new to his job in April 2016, McMenomy decided to give Roberts the benefit of the doubt. Then about a week after he started, McMenomy was sitting at his desk when Roberts leaned over his shoulder to discuss his duties and go over EthicsPoint, a third-party system used to provide an anonymous tip line for whistleblowers.

Suddenly, the first EthicsPoint notification pinged on his computer.

"I clicked on it and [Roberts] was over my shoulder," McMenomy recalled in a recent interview. "And then my mouth dropped to the floor. It was about her."

Inaugurated in January 2015, Roberts was at that point only 15 months into her term. But she had already been reported to the city's Equal Opportunity Programs Division by employees who alleged she was bullying members of her staff. According to city officials, four reports on Roberts were filed total in less than three years.

After Roberts took over for Ruby, turnover became rampant in the auditor's office, severely limiting efficiency and workflow. By the time McMenomy arrived, all 10 of the workers Roberts inherited from Ruby had resigned or transferred to other jobs, city records show. The trend has continued. Currently, three positions in the office remain vacant.

After Roberts took over, turnover became rampant in the auditor's office, severely limiting efficiency and workflow. click to tweet

In an interview, Roberts insisted that most of her employees have left the office because she trains them well, and they are lured away by higher paying jobs at other agencies or companies. But nine current and former employees interviewed by the Express said Roberts created a toxic and verbally abusive workplace in which she scapegoated staffers for her shortcomings as a manager and the lack of audits and investigations produced by the office.

In fact, according to the auditor's website, since taking office, Roberts has only published ten audits, including just two in 2017 as of Oct. 1. By contrast, Ruby published, on average 13 reports, a year.

And the accounts of former employees paint a troubling picture: Roberts drove out those who challenged her, casting blame and harshly evaluating their work, and rewarded only those whom she believed were loyal to her.

Former employees say Roberts badly mistreated some of her staffers, repeatedly berating them during fits of rage, and forcing them to do demeaning work, including in one case, forcing a subordinate to scrub the office floorboards while wearing a suit and tie. And by the time McMemony's computer pinged with the EthicsPoint notification, Roberts had also already been personally accused of racism by Timothy Knight — the only Black man working in the office — whom, employees said, often bore the brunt of her abusive behavior.

Still, McMenomy said, Roberts expressed shock that the EthicsPoint complaint was about her.

"She was like, 'Oh my god! Someone is complaining about me? Let me read that,'" McMenomy said. "And I was like, 'Holy shit. That was the very first complaint I got, and it was about her.'"

He said he was never able to determine who made the anonymous tip, and nothing about the investigation was ever made public. By mandate, details from investigations conducted through the Fraud, Waste, and Abuse Program are confidential. However, during Ruby's tenure in office, she regularly released reports on the program that enabled the public to see the work being done and the issues highlighted through it. Under Roberts, however, the office has not published an official report on the Fraud, Waste, and Abuse Program's findings or investigations. The only publicly available reporting on the program was a short update buried in a memo to the Oakland City Council in December 2016.