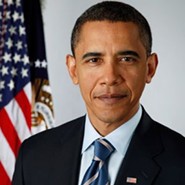 Addiction specialists often say admitting a problem is the first step toward recovery. Well, VICE magazine, in conjunction with HBO, released on Monday for free an hour-long bombshell documentary that depicts the US criminal justice system hitting rock bottom, with both President Obama and former Attorney General Eric Holder saying the system is broken.

The president says it could be anyone’s family that can be shattered by this system, which Senator Cory Booker says is set up to “crush” low-income Americans. The criminal justice system is institutionally biased according to race, “particularly when you think about non-violent drug offenses,” Holder says. “It’s not normal.”

In related news, the FBI released new data yesterday showing US marijuana arrests rose to more than 700,000 in 2014. Almost 90 percent of those arrests were for simple possession. One person will be arrested for marijuana about every minute, which means while you read this, someone just got cuffed. Blacks are up to thirty times more likely as whites to be arrested for pot in the United States, despite similar usage rates.


As VICE documents, one out of every three black children born in the United States today will go to jail at least once in their lives. VICE features a former federal judge who says mandatory minimum sentencing laws enacted by Congress in the Eighties and Clinton in the Nineties are wildly unjust. Sex offenders and rapists get far less time than fathers and sons with non-violent drug offenses.

Folks are pleading guilty and serving fifteen years in federal prison rather than face potentially life for “ghost dope” — conspiracy charges based on hearsay evidence. Mandatory minimums are so terrifying, the federal system has a 97 percent guilty plea rate. It is prosecutors, not judges, who now decide time served.

America is also dealing with the generational consequences of fifty years of mass incarceration. The nation has families in which three generations of males have done time. There are 1.1 million fathers behind bars. There are more Black folks in state custody than there were slaves in 1850.

When convicts get out, they’re barred from getting a job, credit, food stamps, college loans, and housing. States are also releasing citizens with huge debts and re-arresting them when they can’t pay them. With no diploma and a record, it’s no wonder 50 percent reoffend within one year. It’s barbaric.

A bipartisan effort is underway in Congress to reform the entire system, due to both its immense fiscal and human costs. We’re spending $80 billion a year on “corrections” systems that do not correct anyone.

But as the documentary shows, the single biggest challenge of America in the 21st century will be repenting for five decades of silence and inaction.