Urban Assault's Attack of the Two-Wheelers

Bike race hits Berkeley for the first time on Sunday. 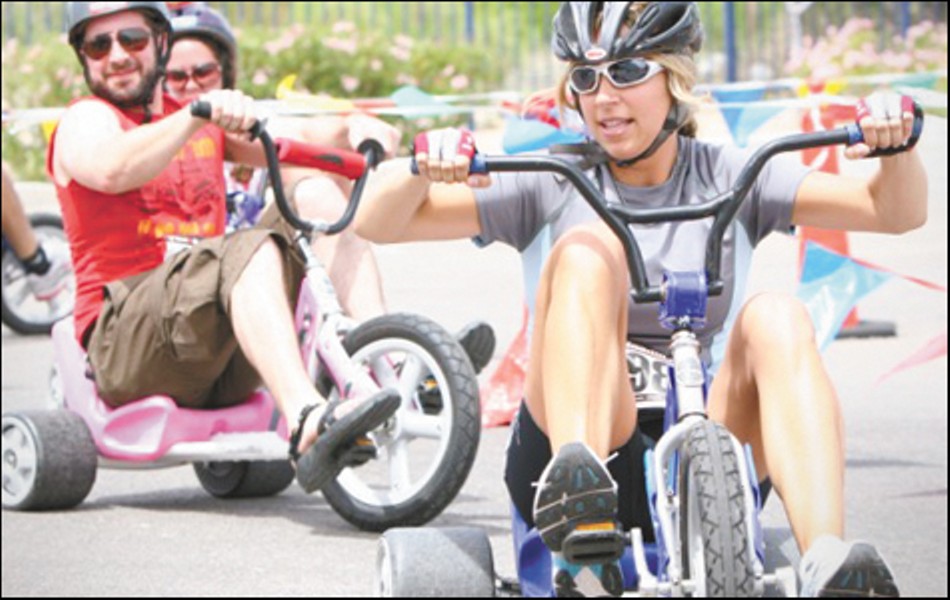 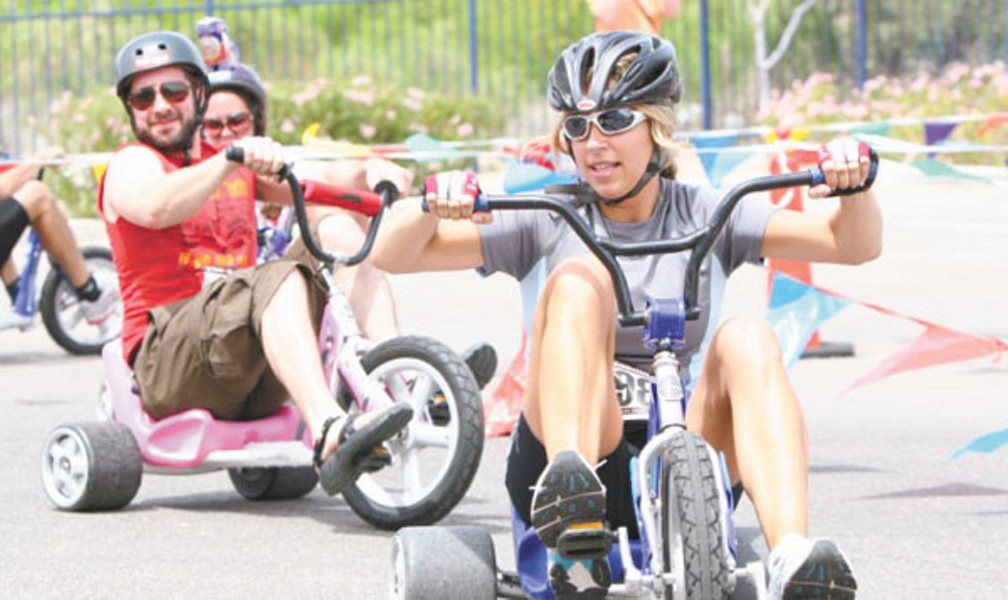 Many of us associate bicycles with visions of a slower, more deliberate, more leisurely civilization. But not Josh Kravetz. A former professional mountain biker based in Boulder, Colorado, Kravetz retired from racing with ambitions to promote bikes as a lifestyle choice rather than a form of competitive transport. Apparently, he still had the racing gene in his blood. In 2003, Kravetz launched Urban Assault, a family-friendly contest in which riders pair up in teams and try to find the quickest way to hit seven checkpoints scattered around town. (Five are listed ahead of time on UrbanAssaultRide.com; the other two are "mystery checkpoints.") Each checkpoint has an obstacle course for all teams to complete, ranging from human bowling and bike limbo to bike jousting (i.e., knocking over cones with a big stick while riding on the back of somebody else's bicycle) and big-wheel racing through a maze.

Each team gets to plan its own route and come up with its own strategy for maximal efficiency, said Urban Assault spokesperson Sharon Cutler. Some folks might plan a course with all right turns, so they don't have to stop for red lights. Others might try side streets, or cut through city parks. Some might even try heading to the farthest checkpoint first, to avoid lines. Having that kind of know-how is important, said Cutler, though it's not as critical as having speed and agility on a bicycle. Urban Assault is a fitness test, after all. Adult teams ride between 25 and 35 miles, depending on the route they choose. Family teams (in which one member is thirteen years old or younger) ride about fifteen miles. A super-fast team can finish in about an hour and twenty minutes, but a slower team might take up to three hours.

Still, in this case, the point isn't to finish first. Racers can choose any pedal-powered vehicle they want — be it a mountain bike, beach cruiser, unicycle, BMX bike, big-wheeler, runt bike (like the kind used for bike limbo), or tricycle. There's always a huge festival at the finish line, featuring contests, games, live music, and a drawing for a free New Belgium cruiser bike (since New Belgium beer is the title sponsor). In all, Urban Assault will hit thirteen US cities during its 2010 tour. It kicked off a couple weeks ago in Tucson, with 600 riders participating. The race comes to Berkeley this Sunday, May 2, at Martin Luther King Jr. Civic Center Park (2151 Martin Luther King, Jr. Way, Berkeley). 9 a.m.; $45-$60 ticket price includes a drawstring bag, T-shirt, bike bell, raffle ticket, and snacks. Proceeds benefit East Bay Bicycle Coalition and Bicycle Trails Council of the East Bay. UrbanAssaultRide.com