Updated: Signs Point Toward a Raid of Occupy the Farm

courtesy of @occupythefarm Urban Farmers at Occupy the Farm

courtesy of @occupythefarm Watering at Occupy the Farm

As of an hour ago, no arrests had been made at Occupy the Farm, the agricultural encampment set up more than two weeks ago at Gill Tract, a university-owned parcel of land at the intersection of Marin and San Pablo Avenues. But a raid may be imminent. Occupiers received dispersal notices and a threat of "chemical agents" at around 6:30 a.m. this morning. They say that UC police also brought a bulldozer to raze the farm and concrete barriers to inhibit vehicle access to the property. Police say that time has run out for the 200 urban farmers to leave voluntarily, and at this point, UC Berkeley's College of Natural Resources needs the land for research. 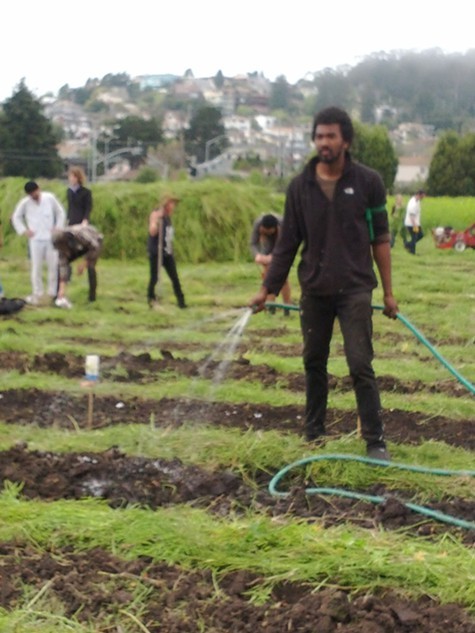 That said, college faculty members and university administrators haven't reached a consensus over the encampment. While some see the Occupiers as a rogue group of gardeners who are disrupting ecological research, others vehemently support the movement. UC Professor Miguel Altieri has openly applauded Occupy the Farm for protecting 5 acres of valuable "Class 1" soil, which, Occupiers say, was left fallow under UC stewardship. 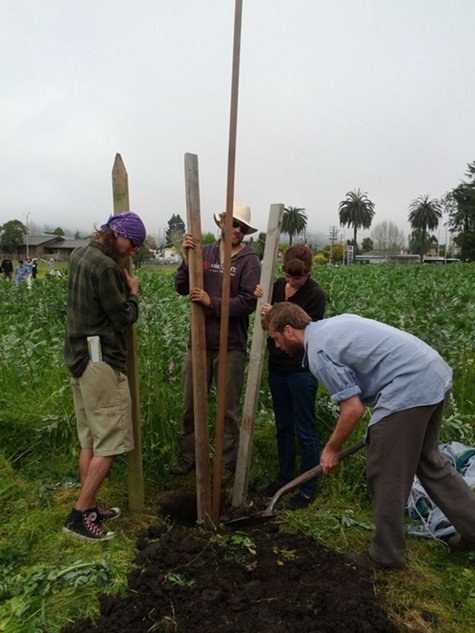 Altieri and his fellow professor Sarah Hake, stood on different sides of the debate, according to a recent article in Berkeleyside. He hoped to peacefully coexist with Occupiers; she sympathized with the protest, but ultimately disagreed with the idea of illegal land appropriation.

In the end, a peaceful compromise might not be forthcoming. When Altieri arrived to work this morning, police had already handed out dispersal notices and erected barriers. So far, it's been quiet, according to frequent Twitter updates from Occupiers. We'll keep you posted as more details arrive.

Update, 5:30 p.m.: The University of California has filed a lawsuit against 14 members of Occupy the Farm, The Albany Patch reports. The complaint, which accuses Occupiers of cutting locks, illegally trespassing, and interfering with university research, also indicates that defendants still have time to peacefully leave the property.