Twenty Restaurants to Consider When Eating 'Ethnic' in the East Bay

Last week, my cover story in the Express tackled the issue of cultural appropriation in the East Bay restaurant scene — and how the unequal distribution of media hype allows certain chefs who decide to take up a new “ethnic” cuisine to attain far more fame and success than that food’s native practitioners.

In the interest of moving that conversation forward, a few readers asked me to put together a list of restaurants run by people of color who do have direct cultural connections the food that they’re serving — a kind of “If you like X, you should try Y instead” guide for the “woke” diner. While this is right up my alley (see last year's list of "Ten Quintessential Oakland Restaurants"), I also don’t want to set up some kind of false binary wherein a certain kind of mom-and-pop restaurant is good, and therefore the ones run by non-native, pedigreed chefs are bad and shouldn’t be supported.

Look: There are tricky power dynamics at play here. But I’m not opposed to culinary innovation, or to chefs expanding their knowledge base by immersing themselves in a new cuisine, or to the kind of cross-pollination that takes place when this is done in a thoughtful way. My hope is just to tone down some of the hype — or to at least distribute it in a more equitable way.

In any case, in the spirit of shining a light on restaurants that don’t get their fair share of attention, and even a few that (deservedly) do, here are just some of the East Bay restaurants that you need to visit at least once if you’re a fan of global cuisines.

Since my cover story may have put you in the mood for kebabs, let’s start with Kamdesh (332 14th St., Oakland, 510-286-1900), arguably the king of Oakland’s vibrant Afghan dining scene. The grilled meats might get top billing, but it’s the bolani (stuffed flatbread) and the meat-juice-infused rice dish known as quabili pallow that keep me coming back. 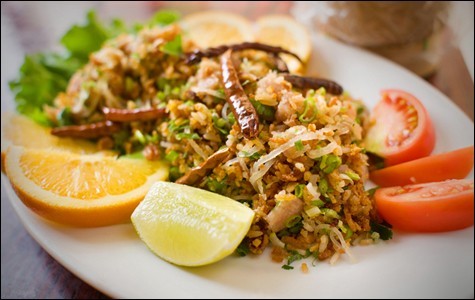 One of the things that frustrates me about the national publications’ coverage of the Oakland’s dining renaissance is that you can read an entire article, complete with a glossy photo spread, and not even realize that Oakland is one of the best places in the entire country to eat Burmese food and Laotian food. For the former, head to Grocery Cafe (2248 10th Ave., Oakland, 925-566-4877), where, tucked in a residential neighborhood, you’ll find the most uncompromising, and most delicious, versions of Burmese classics such as tea leaf salad. For the latter, Vientian Cafe (3801 Allendale Ave., Oakland, 510-535-2218) offers the most exciting rice ball salad and crispy-skinned fermented sausage. After you’re done there, head to Hawker Fare (2300 Webster St., Oakland, 510-832-8896), where Michelin two-star recipient James Syhabout has been going ever deeper, without apology, in his exploration of the bold flavors and traditional recipes of his Lao heritage. (You’ve probably been to Hawker Fare already. Having had some contact with traditional Lao cooking will make the experience that much richer.)

The East Bay is lucky to be home to cuisines you’d be hard-pressed to find anywhere else in the country. Togi’s Mongolian Cuisine (352 14th St., Oakland, 510-922-1286) is one of the small number of traditional Mongolian eateries in the United States. It boasts a Mongolian chef and, not buffet-style “barbecue,” but an array of traditional Mongolian dishes — mostly dumplings, noodles, and meat stews. And in Chinatown, Classic Guilin Rice Noodles (261A 10th St., Oakland, 510-250-9333) is one of the only places in the country that serves its titular rice noodle dish — a specialty of the Guangxi province of China. 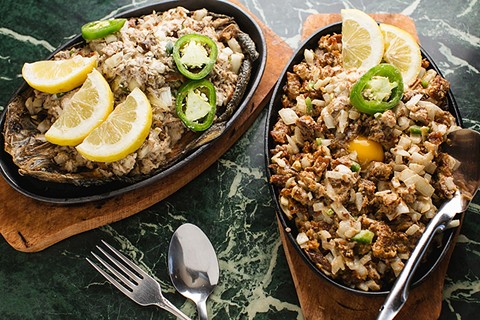 Other restaurants get overlooked in large part because of their location. Both Masala Cuisine (7912 International Blvd., Oakland), my favorite mom-and-pop Indian eatery in the East Bay, and A Taste of Africa (6638 Bancroft Ave., Oakland, 510-938-2000) — which serves the most delicious Cameroonian/West African food I’ve ever had — are well worth the trek to Deep East Oakland. Tamales La Oaxaqueña (2608 Market St., Oakland, 510-501-3969) serves fantastic tamales and mole in an unexpected stretch of West Oakland. And, for those who rightfully complain that we’re often too Oakland-centric in our coverage, Katalina’s Island Grill (821 Sycamore Ave., Hayward, 510-200-9504) and Parekoy Lutong Pinoy (14807 E. 14th St., San Leandro) are destination restaurants in the southern reaches of the East Bay — for homestyle Tongan and Filipino food, respectively.

And did you know that some of the very best food in the Bay Area is served from the confines of a liquor/convenience store? Try the Puerto Rican arroz con gandules at Borinquen Soul (2020 MacArthur Ave., Oakland, inside Two Star Market) or the pupusas at Norma’s Meat & Deli (3630 Barrett Ave., Richmond, inside Val-Mar Market), and tell me if you aren’t convinced.

Finally, lest we fall into the trap of thinking that all “ethnic” food needs to be served in some cheap dive, let’s remember that some of Oakland’s most well known restaurants — places fancy enough for a special occasion — fit into this category as well: Kingston 11 and Miss Ollie’s (for Jamaican and pan-Caribbean, respectively), AS B-Dama and Delage (Japanese), FuseBOX (Korean), Juhu Beach Club (Indian), and the aforementioned Hawker Fare.

For those of us who live in the East Bay, these are the places we bring out-of-town guests when we feel like showing off.