In the East Bay, Airbnb has expanded far beyond the rental of spare bedrooms and is now fostering the practice of taking entire homes and apartments off the long-term rental market. 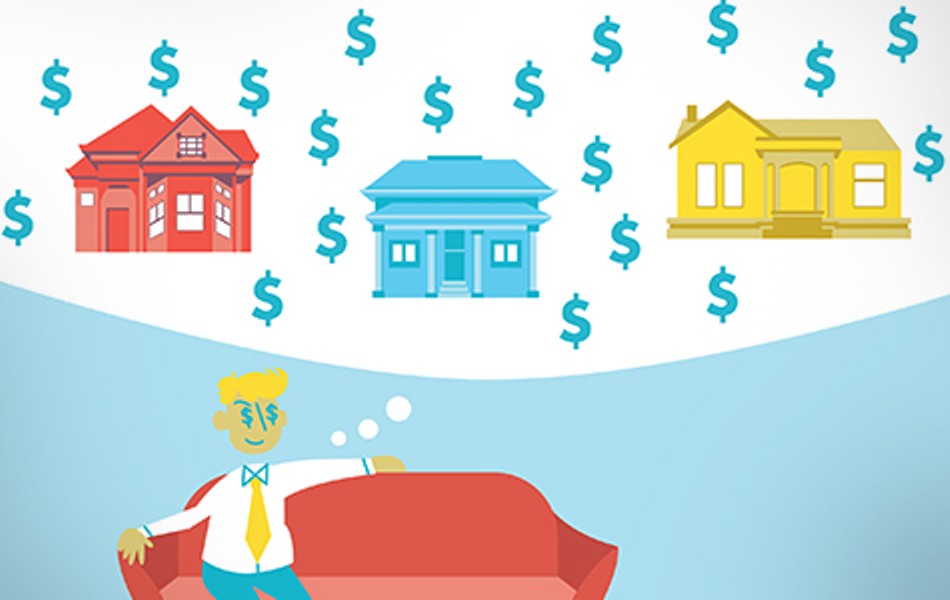 At Scott Galbraith's chain of West Oakland hotels, you can book a room in a cozy Victorian, built circa 1895, refurbished and stocked with modern technology and a spacious kitchen. The luxurious beds are cushioned with memory foam, and there is an upright piano in one of the suites for the traveling musician. Or, you can reserve a couple of weeks in a colonial revival house in the increasingly hip Dogtown neighborhood. If you're on a budget, and your visit will be brief, Galbraith offers rooms in a little Victorian Stick-style house on Linden Street in West Oakland's McClymonds neighborhood. Rooms go for $59 a night, and like his other accommodations, there's a full kitchen. Galbraith also offers rooms in a single-story Italianate house near the West Oakland BART station for travelers who want easy access to San Francisco. Or, if you would rather just stay in San Francisco, Galbraith operates a hotel in a three-bedroom apartment on Rose Street in the Lower Haight neighborhood.

But if you're planning on staying in one of Galbraith's establishments, you should be aware of this fact: His business appears to be illegal. Galbraith's Oakland accommodations are actually single-family residential homes, most of which he bought in foreclosure. And according to city records, he has never obtained a business license required to operate a hotel, let alone five. He also hasn't obtained the permits needed to run a bed and breakfast, which is only legal in Oakland if the owner also lives onsite. And Galbraith hasn't obtained the business license needed to operate as a landlord in the city, nor has he paid Oakland's hotel tax, or the city's residential rental landlord taxes. And according to reviews posted on the Airbnb ad for his San Francisco hotel, that apartment probably is not his primary residence, therefore he also could be violating San Francisco's new short-term rentals law.

Galbraith's hotel business is one of a growing number of scofflaw companies that for years have benefited from a lack of political will to address the negative impacts of short-term rentals. Part of the misleadingly named "sharing economy," short-term rentals have now expanded far beyond the rental of spare bedrooms to the unlawful practice of renting entire houses and fully furnished apartments exclusively to paying customers year-round. A short-term rental can be as short as one night to as long as several months, but there's never a lease agreement or any legal contract that would establish a tenant-landlord relationship.

Almost everyone agrees that there's nothing wrong with renting out a spare bedroom to travelers, and there's not even much harm in renting your entire house for a month or two if you're on vacation and would like to earn a little extra income. But what was once a small, on-the-margins practice of occasionally sharing one's home with travelers for a few bucks has morphed into a behemoth and avaricious global marketplace for transforming residential housing into hotels. This short-term rental economy has been powered by the rise of companies such as Airbnb and Homeaway, which have apps that allow landlords to list properties and connect with an endless stream of customers. But critics say the mass commodification of housing through these platforms has serious drawbacks: It's harming renters; it's helping drive up the cost of rental housing by taking homes and apartments off the rental market; and it's upending the character of neighborhoods.

No one knows for certain how many housing units landlords have withdrawn from the Bay Area's rental housing stock, but tenants, housing policy experts, and a growing caucus of local and state politicians worry that the short-term rental market is severely impacting affordability in some areas. And while short-term rentals have created thousands of new places for visitors to stay in the East Bay, and given homeowners, and some tenants, an extra source of income, they could also be harming traditional motels and hotels, and simultaneously reducing city revenues provided by hotel taxes.

In West Coast cities such San Francisco, Portland, and Santa Monica, where the short-term rental markets are biggest, the harms have been undeniable. Because of this, several cities have imposed limits on when and how landlords can rent their property as virtual hotels. The East Bay, however, remains a wild west for short-term rentals. Right now almost anything goes. And of the existing laws that should pertain to short-term rentals here, enforcement has been almost nonexistent, despite the fact that both Oakland and Berkeley already each have more than 1,000 short-term rental listings posted on various platforms. In Oakland, less than two dozen of the people who rent housing through Airbnb and other platforms have paid the city's hotel tax, which applies to anyone renting a living space on a less-than weekly basis. And the market for these virtual hotels in the East Bay is growing rapidly.

Whether short-term rentals will wreak as much havoc on communities in the East Bay as they have in San Francisco depends on when and how cities take action. Regulation will definitely happen, but it remains to be seen whether there will be a crackdown on short-term rentals, or a surrender to the corporate power of the new "sharing" economy — or whether the East Bay will try to chart a path of less acrimony and smarter regulation based on the lessons learned in San Francisco and other battlegrounds.

This fall, the Berkeley City Council will vote on a proposed package of regulations to legalize, but strictly limit short-term rentals. Emeryville leaders are also beginning to discuss the problem. But according to veterans of the war over short-term rentals in San Francisco, East Bay cities will need to do a lot more if they're going to protect affordable rental housing stock and ensure that landlords don't abuse these new markets and drive up housing costs even further in the region.