"Somebody said last week that the best way to describe [UC] Berkeley is: 'Berkeley exists, despite itself,'" added Robinson. "And that's true, you know?"

On the last day that Lappas and her ACES students spent at RYSE it was difficult to tell the difference between them all. If it wasn't for Lappas' white suit and her students' required visitor tags, the UC Berkeley students and RYSE high-schoolers would have been indistinguishable as they laughed and took turns laying down rap verses in the sound booth at the center. The next week, Lappas surprised her students with a special performance by local rapper Iamsu! that followed the students' own showcase. But during that last afternoon session, she was still double-checking whether the UC Berkeley students needed a ride to BART and whether all her RYSE participants received a piece of pizza. Yeah, it's a lot of work, she admitted. But it's worth it.

For RYSE — like many of the ACES community partners — partnerships are a core part of its model. Plus, it's crucial for RYSE youth to be exposed to university students. "To be able to work closely with college students that are at a prestigious four-year university, that alone is a huge benefit to our young folks," said Reilly. "Engaging with college professors, making college seem accessible and familiar ... it's a really empowering experience for our young folks."

Indeed, at the end of the day, Miyosha Cooks, a junior at Kennedy High School in Richmond who claimed to be a horrible writer, offered to read me the poem she had composed during a workshop with Lappas and her students. It was called "A Cold, Pale World," and it was a touching and articulate piece about struggling to fit in. After high school, she hopes to attend either UC Berkeley or UCLA. 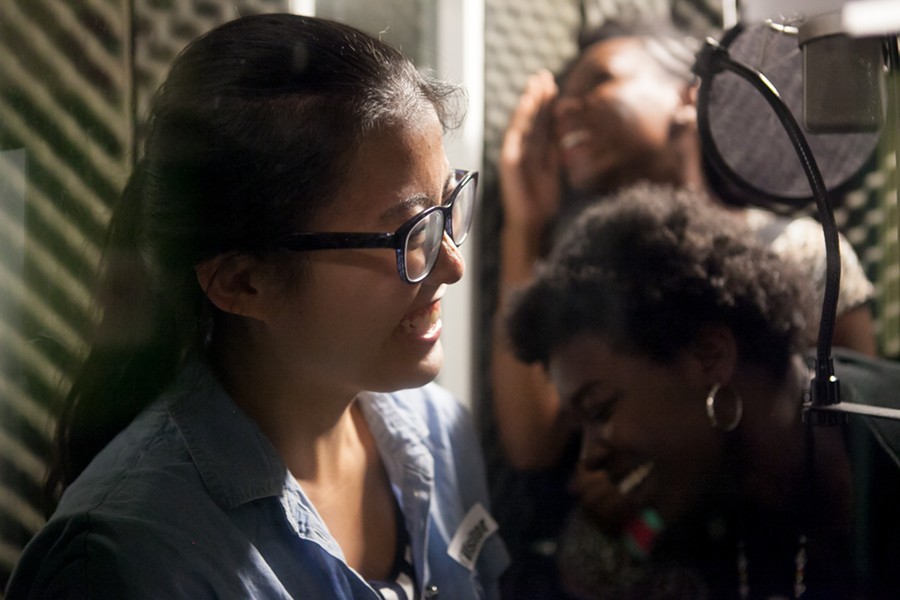 At a time of rapid privatization of public universities, ACES represents a refreshing reconceptualization of welcoming others in and expanding its work outward. And, as many of the ACES teachers and students have pointed out, UC Berkeley is uniquely situated to host that kind of engagement because of its history and because it's surrounded by so much organizing and nonprofit work.

"The public interest is in our favor and higher education is under pressure to show its value," said Robinson. "And it's contentious, but part of the kickback from [Sacramento] is, 'What do you for the state of California?' and part of what I think students value of the university is an education that matters ­— but also matters for the kinds of communities that they came from and for the kinds of futures that they want to lead."