On a sweaty afternoon in early August, approximately thirty UC Berkeley students trickled into a large lecture hall that was booming with Dr. Dre's new album, Compton. The students were unfazed by the incongruous soundtrack to their summer course. A petite woman in a fitted, red suit with gold hoops beneath her blonde hair stood in high heels before the podium, bobbing her head to the beat and mumbling the verses under her breath. The spunky lecturer was Sarah Lappas, who was nearing the end of her first term teaching an American Cultures course called "Hip-Hop in Urban America" for the UC Berkeley music department.

American Cultures (AC) courses are often colloquially referred to as UC Berkeley's "diversity requirement": Each student is required to take at least one in order to graduate. Numerous departments on campus offer the courses, and they're usually taught by some of the university's most enthusiastic professors and lecturers. "I almost missed my exit because I was listening to this album this morning," said Lappas, as she welcomed the class, referring to her commute to campus.

Lappas roots her course in "ethnomusicology," a discipline that analyzes the connections between the technical facets of music and the cultural context from which it emerged, looking at music as a social product and force. "Hip-Hop in Urban America" takes the urban circumstances of the nation's major rap cities — with a heavy focus on the Bay Area — then relates them to the most popular hip-hop that came out of those regions.

Lappas invited local musicians to speak to the class during the summer session, including the legendary Mistah F.A.B. and the more recently popular Daghe, to present their music from their perspectives. Then, at the end of the course, Lappas dived into aspects that aren't geographically specific, such as "gender and hip-hop," which was the topic on the afternoon I visited.

Lappas posed some questions to the class in order to kick off the discussion: "How has gender identity in hip-hop been shaped by the post-industrial urban landscape?" Toward the end of a spirited lecture that encompassed both theory by bell hooks and a debate over the merits of Nicki Minaj, one white student raised his hand and said, "I just don't think [hip-hop] is all that deep." That's a critique Lappas is used to hearing. She explained to the student that for most of his life he's been trained to consider some cultural products and forms of knowledge to be more valuable than others. But what makes Shakespeare's poetry more worthy of discussion than contemporary rap? Rap, Lappas added, has historically been a rich artistic strategy for existing within disenfranchised communities — communities like many of the ones that exist just outside of UC Berkeley's confines.

For students accustomed to studying a conventional curriculum, it can be difficult to see the value in work that extends beyond that realm. But four students in Lappas' class were able to bridge that gap by literally extending themselves into the communities to which Lappas was referring. As part of an American Cultures Engaged Scholarship (ACES) supplement to the course, the four students accompanied Lappas every Tuesday and Thursday after class during the summer to volunteer at RYSE youth center in Richmond. The nonprofit offers local youth a variety of social-justice oriented programs to nurture their wellbeing, and the students assisted Lappas in teaching a condensed version of her UC Berkeley lecture on Tuesdays, then collaborated with youth to funnel personal experiences into professional-grade hip-hop songs on Thursdays.

At RYSE, it's easier to understand how hip-hop could be "deep," and studying it could be valuable for students. "To understand that where we're at in the industry, what you hear on the radio, the messages that are being put out there, they have evolved and they haven't always been and they don't always have to be," explained Dan Reilly, RYSE's director of Media Arts and Innovation. "To really develop a critical ability to think about and question the world that they're in, the world around them, the world that they want to see." 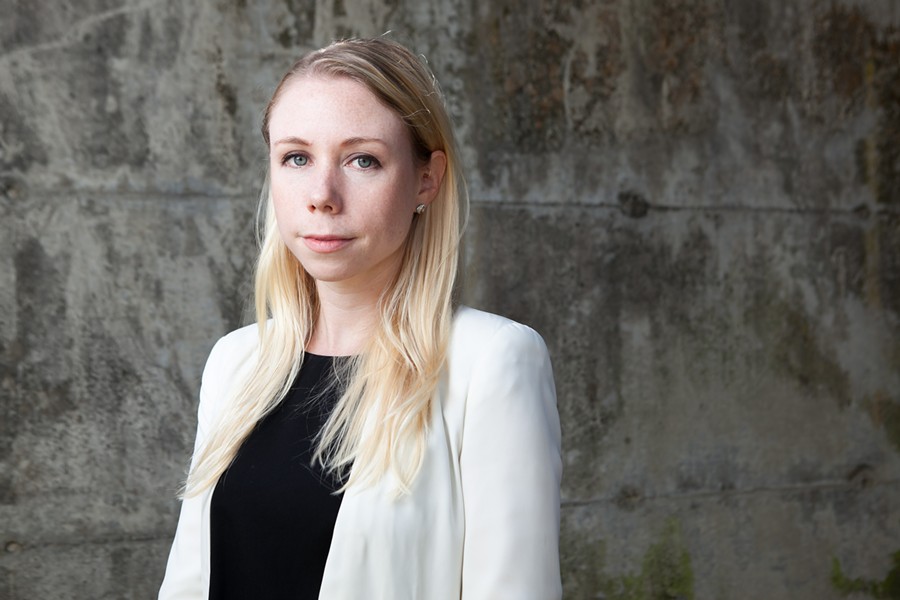 But Lappas can only hope that in the coming semesters, Cal will continue to approve her class and fund its ACES supplement. That's because the ACES program no longer has a stable source of funding and lacks support from the university. The program started as an experiment in 2010 when the Evelyn and Walter Haas, Jr. Fund donated $947,000 to the AC Center specifically to foster partnerships between the community and the classroom. Over the past five years, the center developed nearly forty new ACES courses that incorporate partnerships with local organizations into the curriculum. But last spring, at the end of the 2014–15, the money ran out.

Now, the ACES program is struggling to survive on temporary funds, primarily fueled by a small coalition of avid supporters with a vision of offering an engaged public education. Beyond funding, the program faces endless bureaucratic obstacles that many argue emerge from a fundamental rift between the ideologies that uphold the ACES program and the underlying ideology of the university.

And as UC Berkeley continues to move toward privatization, the ACES program presents a radical democratic alternative — breaking down the ivory tower by bringing the university's brain power to issues in the communities that surround it, and learning directly from those communities in the process.

Troy Duster's office is housed off-campus, in an old, annexed building. Its shingled, wooden exterior recalls another era of UC Berkeley, before People's Park was an icon of democracy and far before the park became an encampment for homeless people. As we sat in the building's conference room recently, Duster laughed jadedly and commented on the lack of care that the university has put into maintaining the building, pointing to the parking lot outside and recalling the flourishing garden that once grew there.