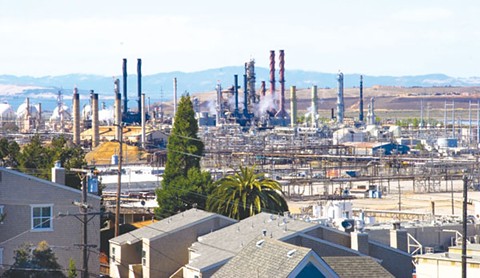 1. Half of the renters at a 14-unit apartment in Oakland have gone on strike. Due to rising rents, the seven tenants have not paid their rents for four months, NBC Bay Area reports. It's yet another flare up of activism precipitated by the city's housing crisis.

2. Speaking of flaring. While air quality officials investigate the cause of flarings on Monday morning at the Chevron Richmond oil refinery, more flarings occurred on Tuesday, the East Bay Times reports. $$

5. As primary voters go to the polls in New Hampshire today, a new tracking poll shows Sen. Bernie Sanders' lead in the California presidential primary is growing, and at the behest of Sen. Elizabeth Warren, Capitol Weekly reports. Sanders topped the poll with 29 percent, followed by Warren at 16 percent. Pete Buttigieg received 14 percent, and Michael Bloomberg at 13 percent.