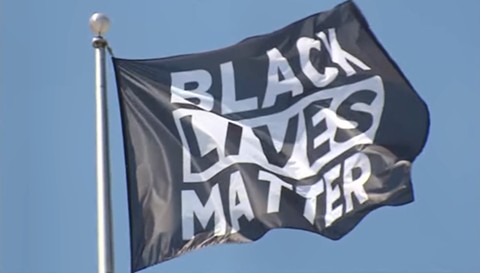 1. Piedmont, the East Bay's least diverse enclave, will fly a Black Lives Matter flag along with the U.S. and state flags, KTVU reports. The Piedmont City Council unanimously voted to raise the banner for the entire month of August.

2. There is likely a number of underreported covid-19 cases in California since early July due to a technical issue between labs doing the tests and the reporting of positive cases to the state's database, the San Francisco Chronicle reports. During an Alameda County Board of Supervisors meeting on Tuesday, a health officials added, "There is very likely underreported cases in our county right now." $$

3. American Airlines is planning to layoff 700 workers in the Bay Area and will permanently discontinue service at the Oakland International Airport, the East Bay Times reports.

4. The Oakland chapter of the NAACP condemned a planned protest by teachers at the home of Oakland Unified School District Superintendent Kyla Johnson-Trammell, who is Black, KTVU reports. The teachers group relented and changed the course of the protest.

5. A nationwide shortage of Clorox wipes will continue through next year, its CEO said, according to Reuters. The Oakland-based Clorox is working to replenish supplies for its popular covid-killing products.

6. President Trump signed the "Great American Outdoors Act" on Tuesday, legislation that provides $3 billion for conservation programs, in addition, to maintenance for national parks, the Associated Press reports. During the press conference, Trump pronounced Yosemite like someone might greet a Jewish buddy.