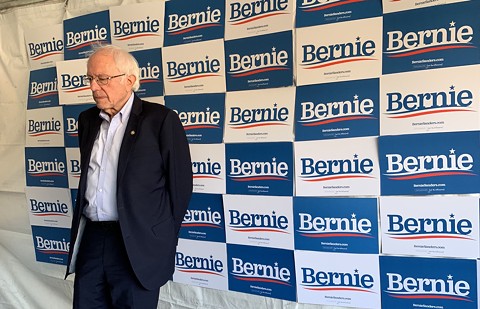 1. Thousands of Bernie Sanders supporters packed the Craneway Pavilion in Richmond for a get out the vote rally on Monday afternoon, ABC7 reports. Hundreds more were lined up outside the event. Sanders’ appearance comes two weeks before the end of voting for the Mar. 3 California presidential primary, which most polls show him leading.

2. An Alameda school boardmember was arrested last week on suspicion of driving under the influence, the East Bay Citizen reports. First-term school boardmember Jennifer Williams notified the board of the Feb. 12 arrests two days later in an email, in which she apologized for the mistake.

3. State Sen. Steve Glazer introduced a bill Monday that would allow cities to fine AirBNB short-term renters up to $5,000 for violations, the East Bay Times reports. The bill is in response to the Halloween night deaths of five people at an AirBNB in Orinda. $$

5. A's radio broadcasts will not be heard over terrestrial airwaves this season, SFGate report. The team's games can be heard on the free app TuneIn through its well-received A's Cast channel. The A's are the first to go all-in with streaming-only broadcasts.