Trump touts funding for the Bay Area. Is it the hydroxychloroquine talking? 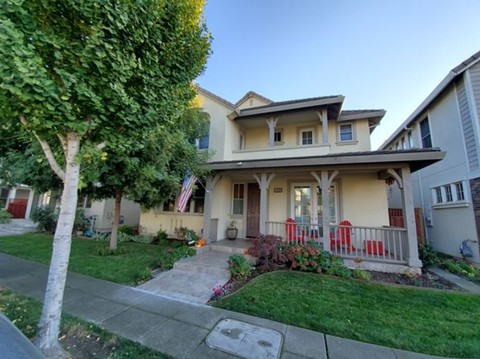 1. Bay Area home sales dropped in April by nearly 40 percent compared to the same month last year, the San Francisco Chronicle reports. Any cause for great concern, however, is alleviated by no significant drop in the median sales price. $$

2. President Trump touted $700 million federal relief for Bay Area transportation in a tweet on Tuesday morning. Maybe it's the thought that counts or the hydroxychloroquine talking? But the CARES Act funds were allocated weeks ago, SFGate reports.

3. Local artists in the East Bay can apply for up to $2,000 in grants, the San Francisco Chronicle reports. The East Bay/Oakland Relief Fund for Individuals in the Arts raised $625,000 for the project, with $300,000 earmarked for Oakland artists. $$

5. A Bay Area lunch tradition for office drones is over. Specialty's Cafe & Bakery announced it's permanently closing due to the pandemic, the San Francisco Chronicle reports. $$

6. Emeryville-based Peet's Coffee is moving forward with an initial public offering that hopes to raise $2 billion, KPIX reports. Peet's also has a roasting plant in Alameda.

7. Some East Bay restaurants and eateries are realizing another level of uncertainty due to covid-19, the frequent unavailability of some food stuffs needed to make their dishes and snacks, Berkeleyside reports.