Steph Curry to have second surgery on broken hand 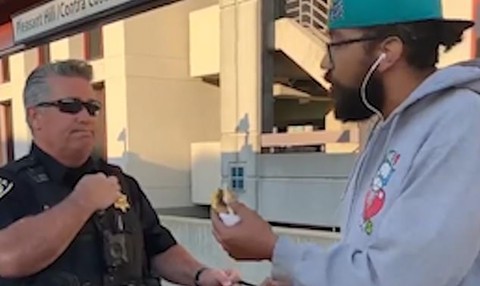 1. BART’s general manager apologized to the African American man handcuffed and cited by BART Police last week for eating a sandwich on the station platform, the San Francisco Chronicle reports. The police union’s president, however, still believes the officer’s response was justified. $$

2. It just keeps getting worse for Sen. Kamala Harris’s presidential campaign. A new poll shows she is polling at just one percent in New Hampshire, SFGate reports. Harris closed some campaign offices in New Hampshire recently in order to focus on the first-in-the-nation Iowa Caucus.

3. “Several victims of the Gilroy Garlic Festival mass shooting will file a lawsuit Tuesday alleging that negligent security led to the tragic event,” KPIX reports. Three died and 17 were injured by a gunman last June at the popular festival.

4. Contra Costa County politics has sure been screwy over the last few months. Days after the county registrar was accused of using $130,000 in campaign funds for his own personal use, comes news that the county’s embattled Assessor Gus Kramer is running for supervisor, the East Bay Times reports. Kramer was censured recently by the CoCo Board of Supervisors for creating a hostile working environment. $$

5. Stephen Curry will require a second surgery on his broken left hand, according to CBS Sports. Curry, however, said he plans to return to the team later in the season. Meanwhile, the Warriors’ record dropped to 2-9 with a loss to Utah last night.

6. Three local universities were invited to the NCAA Women’s soccer tournament on Monday, SFGate reports. Stanford received one of four top seeds, and will face Prairie View A&M. Cal will play South Bay rivals Santa Clara in the first round. This year Women’s College Cup will be played at Avaya Stadium in San Jose.