1. The owners of the Golden State Warriors unveiled revised plans for a San Francisco arena in the hopes of easing opposition to their proposal, but groups that beat back another waterfront development last week say they will still fight to block the team’s scaled down plan, the Chron reports. The Warriors’ new proposal shrinks the height of the planned arena from 135 feet to 125 feet, but critics call the changes “window dressing” and note that they oppose an accompanying real estate development that would include a 175-foot-tall condo tower and two 105-foot-tall hotels. The team says it needs that development to finance the costs of building the new arena. 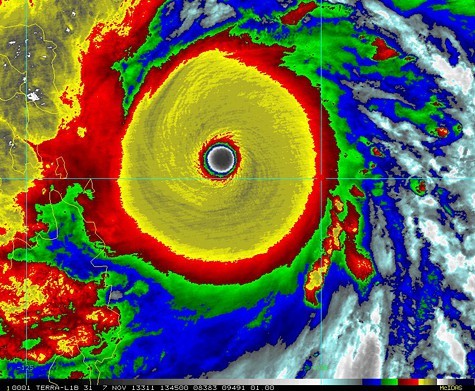 2. A draft report from the Nobel-Prize winning UN climate panel predicts that global warming will likely fuel larger storms this century, extended periods of drought, and intense heat waves, the LA Times$ reports. The disclosure of the draft report comes as the Philippines is struggling mightily to deal with the devastation caused by typhoon Haiyan, which killed more than 10,000 people and is believed to be one of the strongest storms ever to hit landfall. The draft climate report also predicts that hundreds of millions of people living in coastal areas around the globe will be flooded or displaced by rising sea levels.

3. San Francisco, meanwhile, has been unable to launch its groundbreaking renewable energy plan — known as CleanPowerSF — because of the political influence wielded by PG&E, environmentalists say, according the Chron.

4. The growth of so-called dark money spending by groups that do not have to disclose their donors could grow substantially in California because of a loophole in IRS rules that exempts ballot measure expenditures, News10 reports (via Rough & Tumble). Under IRS regulations, dark money groups cannot spend more than half of their revenues on politics — but that rule does not apply to ballot measure spending.

5. And a super-majority of Americans — 76 percent — supports raising the federal minimum wage to $9 an hour, but such a proposal has no chance of becoming law because of Republican opposition in the GOP-controlled House of Representatives, the Washington Post$ reports.