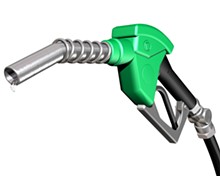 1. With oil prices continuing to plunge, some prominent Republicans in Congress are voicing support for raising the federal gas tax to pay for road repairs and infrastructure improvements nationwide, the Chron reports. Congressmember Jared Huffman, D-San Rafael, said he’s going to take advantage of the GOP support to introduce a carbon tax in the House. The federal gas tax has been 18.3 cents a gallon since 1993, and the federal Highway Trust Fund is slated to run out of money in May.

2. Governor Jerry Brown and UC President Janet Napolitano, who have clashed in recent months over the funding of higher education in California, may take the unusual step of appointing themselves to a two-person committee to discuss student tuition and the state budget, the Chron reports.

3. A new bill in the state Legislature would require public high schools in California to offer ethnic studies classes, the Santa Cruz Sentinel reports (via the Trib$). The legislation, which is designed to promote cultural understanding, was introduced by Watsonville Assemblymember Luis Alejo.

4. A warming trend in the Bay Area could produce summer-like conditions this weekend with temperatures reaching the mid-70s, the Chron reports. Rain is nowhere in the forecast.

5. And the number of sea birds killed by a mysterious goo reached fifty in the Bay Area, the CoCo Times$ reports. So far, at least 250 birds, mostly along the eastern shoreline of the bay, have become covered in the unidentified gunk.