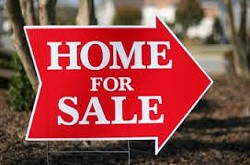 2. Governor Jerry Brown’s much-touted prison realignment plan has had few impacts since it was implemented in 2011 — other than relieving overcrowding in the state’s prisons, the SacBee$ reports, citing a new analysis by the nonpartisan Public Policy Institute of California. Realignment, which transferred nonviolent inmates from prison to county jails, has failed to save any money and has had no effect on recidivism — as Brown and other proponents had claimed it would. It also has not led to any increases in crime, as opponents had claimed.


3. Anti-vaccination groups turned in signatures yesterday on a petition to put California’s new mandatory vaccine law on the November 2016 statewide ballot, the LA Times$ reports. However, it looks as if the anti-vaxxers, which depended on an all-volunteer effort, may have failed to gather the necessary 365,000 signatures.

4. Scientists discovered a colony of Africanized honeybees, better known as “killer bees,” in the Bay Area for the first time in Reliez Valley, a section of Lafayette near Briones Regional Park in Contra Costa County, the CoCo Times$ reports. Killer bees have the ability to swarm and kill animals and are known to wipe out other bee colonies.

5. And GOP presidential frontrunner Donald Trump released his tax plan, and it calls for slashing taxes on the wealthy and corporations, the Chron$ reports.