Town Business: Who Is Lobbying Against Oakland's Flavored Tobacco Ban? 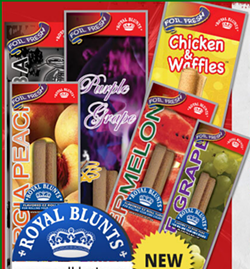 Who is lobbying against the flavored tobacco ban?: This week, the Oakland City Council will finalize its ban on the sale of flavored tobacco products, including menthol cigarettes, vape juices, and blunt wrappers, except in dedicated tobacco stores.

Tobacco companies oppose this legislation because it will remove their products from convenience stores and corner markets. That's why tobacco companies have continued to lobby against the ordinance, despite the fact that it passed 7-0 on its first reading back in July.

Meanwhile, Oakland residents have been targeted with ads from a group called "Let's Be Real Oakland," claiming the tobacco ban will disproportionately harm people of color and create a vast black market where sketchy characters "willing to deal out of the back of a car won’t hesitate selling to kids."

It's unclear exactly who is behind the Let's Be Real Oakland group. Let's Be Real doesn't disclose on its website anything about who's funding the campaign.

But it appears that Let's Be Real Oakland is a project paid for entirely by the RJ Reynolds Tobacco Company.

That's the same RJ Reynolds company whose executive once argued that tobacco isn't addictive, and that waged a concerted marketing campaign in the 1980s and 1990s to entice kids to smoke.

Across the Bay in San Francisco, there's a virtually identical campaign to the one in Oakland called Let's Be Real SF. It has an identical website and the same messaging. The only difference is that over in San Francisco RJ Reynolds disclosed its financial support for the campaign on the website targeting San Franciscans and filed campaign committee forms with that city's ethics commission.

In Oakland, the only trace that RJ Reynolds has been lobbying the city council and public against the flavored tobacco ban is a single disclosure form filed with the Public Ethics Commission by Marisol Lopez, a lobbyist with Platinum Advisors. She listed RJ Reynolds as a client, but didn't describe the work she's doing for them. Lopez is also on the advisory council for the Dellums Institute for Social Justice and served as chief of staff to Mayor Dellums.

Oakland's campaign and lobbying rules don't appear to require RJ Reynolds and its lobbyists to file disclosure forms with the city for the Let's Be Real Oakland web site.

The city council is expected to finalize the ban tomorrow night.

Shelter crisis: The Oakland City Council is considering declaring a shelter crisis. If passed, the declaration loosens some city and state rules and provides the city with more flexibility to address the homelessness crisis. City staffers hope the declaration will help them secure funding and approvals for another transitional housing facility.

This year, over 2,700 people were counted as being homeless in Oakland. City officials say rising pressures on rents are driving many people onto the streets.

The last time the city council declared a shelter crisis was in December 2015, but the city didn't do enough to reduce the number of homeless residents by securing new transitional housing facilities, according to a staff report.

Public bank study: Upset with the major banks that have traditionally handled the city's deposits and payroll, Oakland officials are considering spending $100,000 on a feasibility study for a public bank.

The cities of Richmond and Berkeley have both expressed interest in public banking and are considering contributing money to the study that Oakland is leading.

For more about the activist behind the public bank idea, check out this feature from March.
Prev
Next