Too Many Zooz at The New Parish 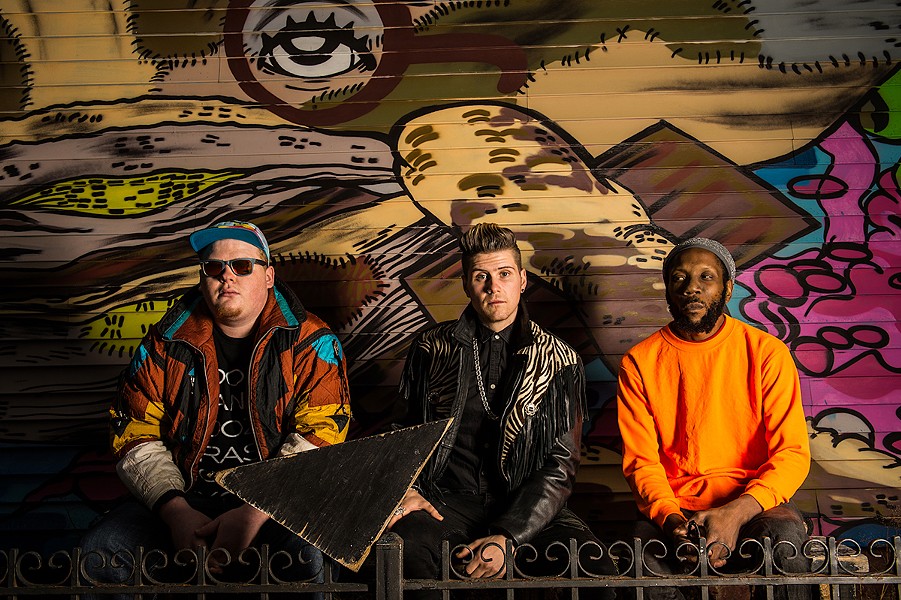 The name Too Many Zooz might not sound familiar, but I promise you that the trio formed by Matt Doe, Leo P., and King of Sludge will soon be on your music radar. These New York subway buskers have gained a lot of attention, thanks to YouTube videos showing their impressive skills with the sax, trumpet, and the drums. One of their videos, where they are playing at the Union Square station in New York, caught the attention of none other than Beyoncé. Too Many Zooz actually appear on Lemonade; they played on both “Daddy Lessons” and “Formation.” The trio also accompanied Queen Bey and the Dixie Chicks during their performance at last year’s Country Music Awards. Matt, Leo, and David are going on the road to promote their first full length album, Subway Gawdz, and their Oakland show is your chance to become acquainted with their unique sound, an eclectic combination of funk, Afro-Cuban rhythms, and even some house. Not to be missed!