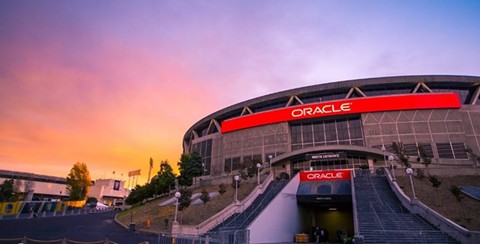 1. The Golden State Warriors have officially filed documents, stating that they will not pay $40 million in debt owed on Oracle Arena when they move to San Francisco in 2019 and will leave Oakland and Alameda County taxpayers on the hook for the debt, reports David DeBolt of the East Bay Times$. The Warriors made the declaration in a letter to arbitrators. Oakland and county officials plan to fight the team’s assertion, arguing that the Warriors’ lease requires the team to pay the remaining debt on the Arena when they leave. The debt was created to refurbish the Arena at the Warriors’ request.

2. The deadliest of the Northern California blazes — the Tubbs Fire — was so intense that it created tornados as it roared through Santa Rosa neighborhoods, flipping cars, uprooting trees, and ripping apart homes, reports Peter Fimrite of the San Francisco Chronicle. “We had trees ripped out of the ground, cars turned over, garage doors ripped off their hinges and wrapped around trees in the front yards,” Scott Upton, the northern region chief for the California Department of Forestry and Fire Protection, told the newspaper. “It was no different than a hurricane, really, but instead of rain we had a fire event. I’ve been in this business 30 years and it’s the worst I’ve seen.”

3. Firefighters are expected to get a break today with rain forecast for the region, reports Mark Gomez of the Mercury News$. The storm is expected to bring up to three-quarters of an inch of precipitation in the North Bay.

4. Northern California residents displaced by the fires are facing an intense housing shortage and have no place to live, reports Liam Dillon of the LA Times$. Santa Rosa, which was already facing a housing crisis before the fires, lost more than 3,000 homes in the Tubbs Fire, or about 5 percent of its housing stock.

5. Oakland police continue to stop Black motorists in the city at alarming rates, reports Ali Tadayon of the East Bay Times$, citing a recent report from the Oakland Police Department. Almost two-thirds of drivers pulled over by police in 2016 were African American, even though Black residents make up only 27 percent of Oakland’s population.

6. And President Trump floated yet another outlandish and dangerous conspiracy theory today — that the FBI worked with the Russians to hurt him in last year’s election, CNN reports.