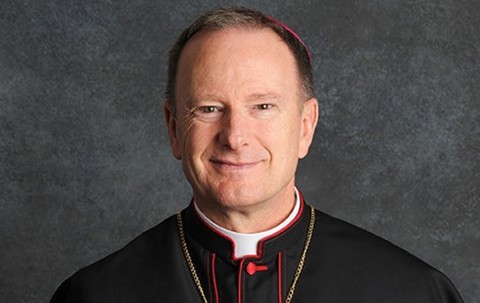 1. Several large school districts across the state, including Oakland Unified, sent a letter to Gov. Gavin Newsom saying proposed state cuts to education will delay the reopening of their classrooms in the fall, KPIX reports.

2. A fourth Oakland police officer tested positive for covid-19, NBC Bay Area reports. The officer, who has been off-duty since last week, came in contact with up to 93 other officers.

3. "Oakland's Lake Temescal has closed again after a city pipe got clogged, likely with wipes, and allowed an unknown amount of sewage to flow into the body of water, according to the city and the park district," KTVU reports.

4. The Bishop of Oakland Rev. Michael Barber said he will not allow Catholic churches in the East Bay to reopen until "it's safe to do so," the East Bay Citizen reports. Barber suggested Mass could also be held outdoors, as was done during the 1919 flu pandemic.

5. U.S. marshals arrested a man in Southern California who is suspected of a hit-and-run killing of a woman in Oakland last January, the San Francisco Chronicle reports. The woman was the mother of seven children. $$

6. Gov. Gavin Newsom's plan to use $750 million in one-time federal relief funds to procure hotel rooms for the unsheltered in the state is still light on details, Capital Public Radio reports.

7. A bit of history some Oaklanders may already have heard about. Smithsonian relives the arrest of Oakland Mayor John L. Davie during the 1919 flu pandemic for failing to wear a mask while in Sacramento. Davie's bail was $5. Of note: 1,400 Oakland residents died due to the flu pandemic.