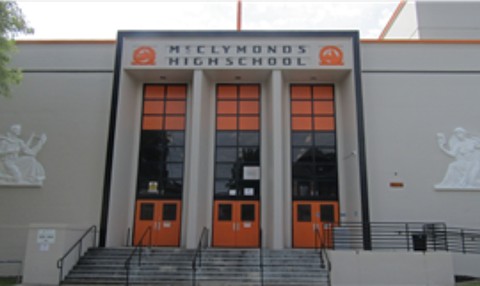 1. Oakland's McClymonds High School is closed for the rest of the week after a toxic chemical was found in the groundwater under the school, the Bay City News reports. The presence of trichloroethylene, however, has not been found in the school's drinking water.

2. A winning $7 million PowerBall lottery tickets was sold at the FoodMaxx in San Leandro, the San Francisco Chronicle reports. The lucky winner has not claimed their prize. $$

3. Gov. Gavin Newsom declared fighting homelessness as the state's top priority during his State of the State address on Wednesday, the Associated Press reports. The issue is of such importance that it was the only one mentioned in Newsom's remarks.

4. ICE agents ignored a new state law and arrested two men inside a courthouse in Sonoma County, the Associated Press reports. The move comes as fears of undocumented immigrants have been renewed by reports that ICE is planning raids on large cities, including San Francisco.

6. And this from the Department of Fair Weather Fans: NBC Sports Bay Area's ratings for Warriors telecasts has dropped by 66 percent this season, SFGate reports. It's the second-largest ratings decline in the NBA.