Laney College football team to be featured on Netflix's “Last Chance U.” 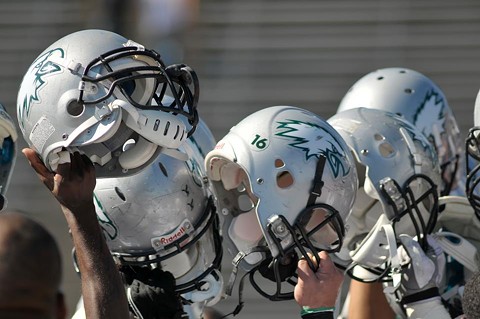 1. A pair of hedge funds are vying to inject up to $15 billion to help PG&E successfully emerge from bankruptcy, the San Francisco Chronicle reports. Abrams Capital Management and Knighthead Capital Management, already own 7.3 percent of PG&E. $$

2. Gov. Gavin Newsom said he would sign an assembly bill that proposes a cap on rent increases in the state, the Los Angeles Times reports. The bill limits rent increases to seven percent over the next three years and includes a just-cause provision. $$

3. California’s Citizen Redistricting Commission is viewed as a potent antidote against politicians gerrymandering their own federal and state districts. But now a federal lawsuit in Michigan is arguing that state’s similar commission is unconstitutional because it forbids some from participating in the process. The San Francisco Chronicle reports the lawsuit could put California’s commission in jeopardy. $$

5. This weekend’s Outside Lands music festival in San Francisco, for the first time, will allow the sale of cannabis on its premises, the Bay Cities News reports.