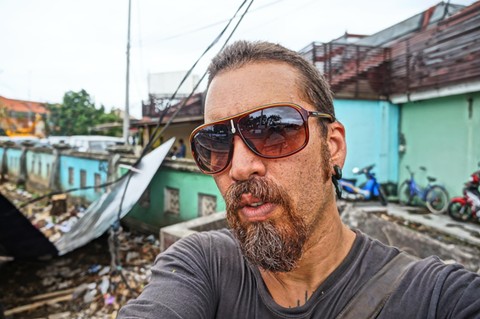 1. The trial of Derick Almena, the Ghost Ship master tenant facing 36 counts of involuntary manslaughter following the 2016 deadly warehouse fire, is postponed again because of the coronavirus, the East Bay Times reports. Almena's trial was scheduled to begin today. It may be pushed back to sometime in February 2021. $$

2. Texans want to entice Californians to their state, but Texas investors want a piece of Oakland after paying $79.2 million to purchase eight apartment complexes in downtown Oakland, the East Bay Times.

3. A 23-year-old man was found dead aboard a BART train at the East Dublin/Pleasanton station on Wednesday night, the East Bay Times reports. Authorities do not expect foul play. $$

4. The Glass Fire in the North Bay has burned through more than 56,000 acres, the San Francisco Chronicle reports. The blaze is only five percent contained, as of Thursday morning, with ominous forecasts of high winds in coming days. $$

5. To the ire of many state Democrats, Gov. Gavin Newsom vetoed a bill that would have required a semester of ethnic studies for California high school students because he feared the proposed curriculum might be biased, the San Francisco Chronicle reports.

6. Newsom vetoed another bill that would have placed domestic workers, those in professions such as caregiving, gardening, and housekeeping, under the jurisdiction of Cal/OSHA, Calmatters reports. Newsome said it would be difficult to regulate homes in the same manner as job sites.

7. The A's tied their best-of-three Wildcard Series on Wednesday with a 5-3 win over the White Sox, USA Today reports. Oakland will tab pitcher Mike Fiers this afternoon to bring the A's their first win in a playoff elimination game since Game 7 of the 1973 World Series.