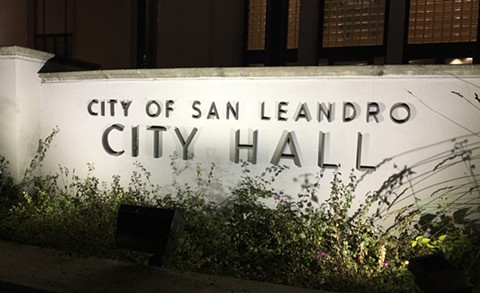 1. "An effigy was found hanging from a tree near Oakland's Lake Merritt Thursday morning, horrifying residents," SFGate reports. On Wednesday, there was reports of nooses hanging from trees at Lake Merritt. They were later determined to be exercise equipment.

2. A Tesla worker at the Fremont factory who previously criticized the company's covid-19 safety measures has been terminated, the East Bay Times reports. $$

4. "The California Senate declined on Thursday to advance a bill that would have banned commercial evictions statewide and allowed some retail tenants to break leases during the coronavirus crisis," the San Francisco Chronicle reports. $$

5. Former Contra Costa County Registrar of Voters Joe Canciamilla was charged with 34 felonies on Wednesday, the East Bay Times reports. Canciamilla, who was previously a county supervisor and state legislator, is alleged to have used $261,800 in campaign funds for personal use. $$