This Week Only: Nine East Bay Spots Pouring The Best Beer In The World

It’s SF Beer Week! And they don't get to have all the fun! Over the years, the loosely-associated event has extended in all directions, and there’s plenty of fun new beers to try this week in the East Bay. As a proud Santa Rosa, CA native, I’m delighted to point you toward what has become the biggest attraction of the almost two-week long festivities: Russian River Brewing Company’s annual, extremely-limited-edition, ultra-double-IPA, Pliny The Younger!

You can find the North Bay brewer’s Elder version (also an exquisite hop-heavy beverage) in pubs and even Whole Foods stores around the country, but it’s younger offspring — which only makes an appearance once a year — is so good, Beer Advocate has basically called it the best beer that America has to offer. 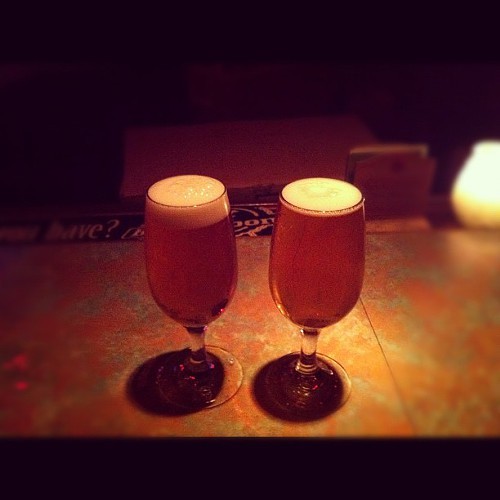 So, there are plenty of places in SF, but where to find the smooth, sweet Imperial in the East Bay? After some serious sleuthing, I’ve thrown together what I think is a pretty good registry of who’s pouring this week (some right now!). Get there early, expect lines, and beer bragging rights will be yours:

Berkeley:
Bobby G’s Pizzeria (2072 University Avenue) is pouring Pliny at 5 p.m. on Friday, Feb. 17. Expect this to be a hotbed for beer-heads.

Oakland:
Beer Revolution (464 3rd Street) has at least one keg, but they’re not going to serve it this week — and because they’re Beer Rev, they’re being all cagey and mysterious about it. Hmph.

The Trappist (460 8th Street), like Beer Rev, thinks that sometimes it just “isn’t worth the clamor” — they have a keg, and will probably tap it… eventually.

Disclaimer: This beer is almost 11% ABV, so bring a D.D., yo! Also, day-drinking is bad