This Powerful Jury Tool Can End the Drug War Today

A New Hampshire bill introduced in the legislature this month would require judges to tell juries that they are free to use a time-tested, and controversial power called “nullification,” the Wall Street Journal reported today. 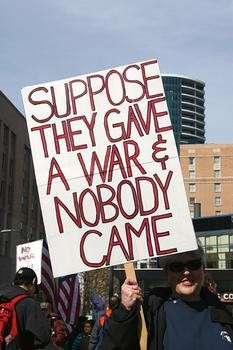 Jurors across America have the power of nullification, and widespread use of nullification could end the drug war nationwide. But jury nullification is used less frequently today than it was in the 19th or 20th centuries, because judges have stopped telling juries it’s in their power to dismiss unjust prosecutions. The liberal New England state would be only one in modern times to make sure juries knew they could use it.

In 2012, New Hampshire lawmakers explicitly allowed defense lawyers to raise jury nullification in a trial. The new bill would take things one step further and make sure jurors knew their rights to stop government overreach.

Naturally, prosecutors hate the idea. This is an “extremely dangerous notion,” the National District Attorneys Association told the Journal. “We’re a nation of laws.”

But the Fully Informed Jury Association is excited, noting that prisons are overflowing in the United States, which has the highest incarceration rate in the world. The drug war is a major driver of the incarceration epidemic, which targets the poor and minorities while protecting the privileged, President Obama noted this week.

New Hampshire jurors are already stopping out-of-control prosecutors. In 2012, they nullified the case against a 59-year-old growing medical marijuana for personal use.

“I knew that my community would be poorer rather than better off had he been convicted,” the juror told local news outlets after the verdict.