Emilia Otero fought to legalize the mobile food industry for immigrants in Fruitvale, but as Oakland expands its permits across the city, some fear the new regulations may put many out of business. 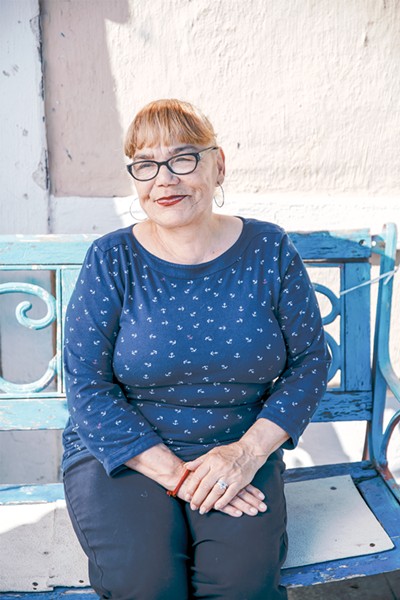 Emilia Otero's life took a sharp turn when an old, tired man knocked on her door one afternoon. It was 1998, and Otero had just started making a name for herself as a community activist in the Fruitvale district, having organized after-school programs and community events. At the time, she was looking for her next project.

"He said, 'You know we sell fruit in the street, and tamales, and the city comes and takes our food away. The health department, the police, they humiliate us. They say they'll take us to jail if we don't stop selling, but this is our only way to survive,'" Otero recalled. "It hit me hard."

A week later, Otero met with 25 mobile food vendors who were desperate for help. At the time, selling food on the streets was illegal, but the people who were doing so didn't know how else to make a living. Most were undocumented immigrants and they were terrified of Oakland's police officers and the looming threat of deportation.

Otero might not have known how she would accomplish these tasks, but she believed the vendors had a right to operate and that they were good people working hard to provide for their families. After all, street food has been a crucial way for poorer folks to earn a living all over the world for centuries. Why was it so stigmatized in the United States? Instead of forcing members of the Latinx community to live on the fringes, Otero wanted the city to allow them to sell their food legally.

But achieving her goal wouldn't be easy. Along the way she faced threats of violence from people in her own community, who resented her efforts and believed she was messing with their livelihoods.

After organizing protests and countless meetings with city officials, however, she got what she wanted in 2001: the Oakland City Council passed an ordinance legalizing the mobile food industry — the first of its kind in the country. Even undocumented vendors were able to get permits.

For Otero, this accomplishment took a lot of time, scrappiness, and on-the-fly learning.

The ordinance allowed many people in Oakland's Latinx community to make a living. It also turned Fruitvale into a culinary destination — a place that draws tourists as notable as Anthony Bourdain.

But that first ordinance only allowed vending in certain parts of Fruitvale and East Oakland. "I was so excited," Otero recalled. "They were gonna legalize the business. They weren't gonna bother my vendors. I didn't even think about downtown."

In the following years, Oakland quickly fell behind street food hubs such as Portland, Ore.; Austin, Tex.; and even San Francisco, Emeryville, and Berkeley. For the past 16 years, many of Oakland's mobile vendors have been operating in a legal gray area. Those who wanted to sell outside Fruitvale or East Oakland broke the rules and did it anyway. Food trucks park on Broadway to feed the late-night crowd. On weekends, pushcarts appear around Lake Merritt, tempting families with fresh fruit. Folks set up tables outside their homes and sell whatever they're cooking inside.

According to interviews with more than a dozen mobile food vendors, enforcement has largely been nonexistent. The public clearly liked having food trucks around, but Oakland did little to regulate the growing industry, leading to an increasingly chaotic, difficult situation.

That nagged at Otero. After running a commercial kitchen for a few years, she realized she needed to push the city to pass a new ordinance. Once again, she found herself in meetings with city councilmembers and other stakeholders.

On March 28, her efforts paid off: The city council passed an ordinance allowing individual vendors to sell in other parts of the city for the first time. The city is still going through applications, but assuming all goes according to plan, more food trucks and mobile vendors should begin appearing downtown, around Lake Merritt, and in North and West Oakland in the coming weeks.

While Otero's initial efforts to legalize the mobile food industry were all about supporting her Latinx community, there are fears that the new rules may actually harm them. As with other industries, such as cannabis, that operated in a legal gray area and are now being regulated, the increased enforcement that comes with legalizing mobile food could force some longtime vendors out of business. Some vendors are still confused about the new regulations, and many haven't applied for the permits.

"This is the next layer of gentrification," said the Lumpia Lady, who asked to go by her business name because she doesn't operate her Filipino food cart legally. "The folks who are benefitting are the ones who just got here."

Meanwhile, restaurant owners worry about how the increase of mobile food will impact their businesses in an industry that's only getting tougher. Overland Country Bar & Grill closed last month near Jack London Square, and owner Paul Hayward partially blames a food truck that started parking in his neighborhood. He said it's unfair competition, as mobile vendors tend to have lower overhead costs than brick-and-mortars. "Soon this town will only be food trucks and pop-ups," he said.