The Berkeley outfit inspired Rancid, but it wasn't around when ska entered the mainstream. 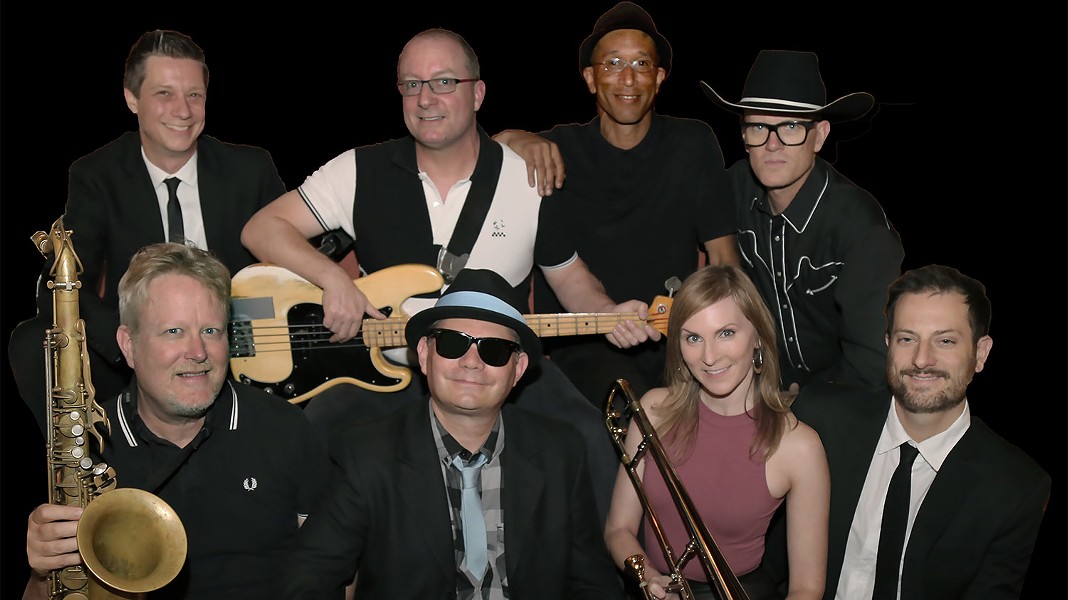 The year was 1989. The members of local ska band the Uptones — the East Bay's first ever ska band — was standing on the rickety 924 Gilman stage in front of a packed house being introduced by none other than Tim Armstrong (aka "Lint"), by that point a local celebrity for his punk-ska group Operation Ivy. It was an incredible show with the entire club dancing. The Uptones was always about its exciting live shows, and this was one for the books.

It was a two-day reunion show for the band. Both sets were a retrospective of the group's entire career, which began in 1981 in guitarist Eric Din's living room, with members ranging in age from 14 to 16. Back then, they covered reggae and 2Tone ska (a British genre that blends ska and punk) songs, and were busy writing their own 2Tone-inspired music.

The covers dropped off pretty quickly, and over the course of the next six years, the group wrote a bunch of local hits, including "Get Out of My Way" and "Burning Sky." Like the 2Tone bands Uptones bandmates loved, they wrote bouncy, high-energy ska songs infused with overtly political lyrics. But instead of talking about Thatcher and the political and racial strife facing late '70s England, the Uptones aimed its ire at the Reagan era with a decidedly Berkeley progressive bent.

Then the band ended somewhat abruptly in 1987 due to personal pressures.

The Uptones played once more after those Gilman reunions shows at the International Ska Festival & Earth Day Celebration in 1990 at the Greek Theatre. Then nothing until 2002, when the band reformed. Oddly enough, this period of 12 years saw a rise and fall and mainstreaming of ska that the band entirely missed out on. Tim Armstrong's next band Rancid scored one of the biggest ska hits of this era with the song "Time Bomb" — the Uptones was one of his key influences.

The Uptones may have missed out on the "third wave of ska," as it came to be known, but a live recording of the second night at the Gilman did surface (The Uptones Live!! 924 Gilman) and got released on Son of Beserkley in 1995. Since very little recorded material from the band's early days survived, this live album served as the quintessential early-years record for the Uptones. Even some of the band's early singles that got play on local radio stations are lost, as the band handed the DJs original copies of the recordings.

A whole new generation of '90s ska fans discovered the Uptones simply from this one live recording.

"That ended up bringing us back into the fold. It started making the rounds as the whole third wave of ska thing was kicking around," Din said. "By 2002, I didn't really care if it was in fashion at the moment. That's pretty much the same as when we started. People would say that ska is dead. Maybe it's not dead at all." Since reforming in 2002 with original members Din (guitars/vocals), Paul Jackson (keyboards/vocals), Ben Eastwood (bass), and Charles Stella (guitar) — plus some of the later '80s players like Adam Beach (sax) and John Mader (drums) as well as some new players — the band has stayed fairly active and has been doing well, regardless of ska's status in the mainstream during the 2000s.

The Uptones even got to do a proper full-length, Skankin' Foolz Unite!, in 2007, after various members grew more comfortable with the recording process with other bands.

"It was a miracle that we were able to record anything at all. We were much more interested in doing live shows than we were with recording. It wasn't until later that it was like, 'Damn, we should have recorded that for posterity,'" Din said of the early years. "It became a topic of conversation years before we reformed the band. Now that we know how to do this, why don't we make an Uptones record? The way we should have a long time ago."

But first they had to see if they still had their live chops, which they did. And they had a lot of fun playing live again. After Skankin' Foolz Unite!, they released the compilation record, East Bay Orbits in 2011, which includes recordings from various time periods of Uptones history.

In 2013, the band took another unexpected hiatus, due mostly to membership changes and overall difficulty in coordinating schedules. "It got to be a point where it just wasn't easy and fun to hold it together. There wasn't any decision to stop," Din said.

All good things eventually come back. For the Uptones, it was in November 2017 for a fundraising event for Sonoma fire relief. The group jumped on it as many of the members had family and friends directly affected by the fire. Since that show, they've been playing regularly again, and they've noticed that a lot of old fans are coming to shows with their kids, and even grandkids in some cases, in tow. The current lineup is a mix of people from the '80s and 2000s, plus one total newbie, trumpet player Jay Sanders.

But it wasn't just the fire that brought them back. They started feeling the urge after living through the fearmongering Trump campaign and a year of his disastrous presidency.

Politics have always driven the band. A lot of the fuel that drove its early years was writing protest music about the Cold War and the military-industrial complex. The group even played some of its early shows with hardcore bands, linked mostly through a similarity of politics. After reforming, members were dealing with the post 9/11 world and never-ending wars.

"Music is one of the ways that we process that. The Uptones have always been an outlet, letting some steam off and turning some suffering into joy and getting moving instead of getting immobilized by the situation," Din said. "The way I look at it now is any show could be our last one. Or it could be the beginning of another round of shows. I tend to accept whatever it is."