The Tick That Took Me Out

My story of getting and coping with late-stage Lyme disease—one of the fastest spreading, most debilitating, and least understood diseases in the nation. 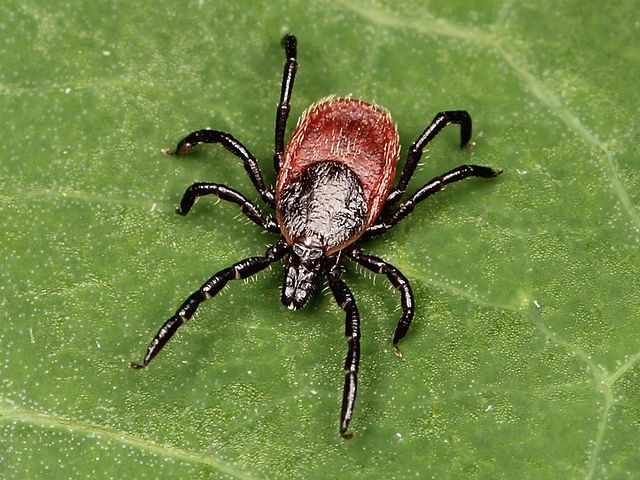 I now know almost too much about chronic neurological Lyme disease—my diagnosis. I know there is no cure. I know that treatment is expensive and long term. I know how hard it is to get to “remission” and that remission is not guaranteed to last.

I now have friends with Lyme disease who help me when I have a flare-up and feel terrified of facing the rest of my life with this disease. I have an amazing Lyme community online where we share information and tools to help ourselves through the days, months, and years. This community is a beautiful, affirming system of support for people whom modern medicine treats with at best ignorance, and at worst disdain.

I am sharing my story to help us all.

Like many people diagnosed with a mysterious chronic condition, I became an amateur expert about my diagnosis. I read books by LLMDs and herbalists, I combed the web for different treatment strategies, and I listened to podcasts interviewing the nation’s most prominent LLMDs and people working to heal their own infections. I subscribed to blogs posted by www.LymeDisease.org and www.BayAreaLyme.org—two nonprofits that regularly post updated information about all aspects of Lyme disease. All this information gave me power. It helped me feel I had some control over what was happening to me. I learned what Lyme disease is, the politics surrounding treatment, and all the various ways people are fighting Lyme.

Lyme first gained attention in the 1970s, when an epidemic of arthritis, mainly in children, spread throughout rural communities around Lyme, Conn. Thanks to the persistence of two determined moms who didn’t accept the diagnosis of arthritis at face value, researchers at Yale University discovered a previously unknown kind of spirochete in the tissues of the sick kids. Spirochetes are spiral-shaped bacteria, like microscopic coils. The disease caused by this spirochete was named Lyme after the town.

Though the incidence of Lyme disease is currently spreading quickly in the United States, Stephen Harrod Buhner, a well-known herbalist working with Lyme patients, writes in his book Healing Lyme that Lyme spirochetes have been on Earth much longer than humans and are found all over the world.

Technically, the Lyme spirochete is Borrelia burgdorferi. Lyme disease is passed to humans from deer tick bites: the western black legged tick on the West Coast and the eastern black legged tick on the East Coast. Deer ticks are found nationwide and mostly live in grass, wood piles, leaf litter, and on old, damp stonewalls. They carry many different strains of harmful bacteria, which they acquire through feeding on rodents. They also feed on birds, who help them travel and colonize new territories.

Borrelia burgdorferi is considered a “stealth pathogen,” which rarely kills its host. Instead, it works to disable its host’s immune system and settle in for a good long lunch.

According to my doctor and other LLMDs, if your immune system is hardy when a tick bites, you may fight off the bacteria and never develop Lyme disease. If, however, you are under stress (say, raising young kids and running a business) or your immune system is otherwise compromised, Lyme has an opening.

Once Lyme takes root in your body, chronic symptoms result, and the bacteria become very hard to kill. Stealth pathogens hide throughout the body, enclosing themselves in biofilms—protective layers that are nearly impenetrable to attack.

Another complication of Lyme disease is the common incidence of co-infections. Ticks don’t just carry one variety of harmful organism; in fact, they can carry multiple strains, some bacterial, some parasitic. According to www.LymeDisease.org, which advocates nationally for Lyme patients, more than 50 percent of Lyme patients have one co-infection, and 30 percent of patients carry two or more. The most common co-infections are babesia, a blood parasite, and the bacteria bartonella, erlichia, and anaplasma. I have both borrelia and babesia. These co-infections cause their own array of miserable symptoms and require their own treatments.

Right after a Lyme-infected tick bite, some people develop a bull’s-eye rash: a red ring around a raised bite. Sometimes the rash is accompanied by fever or flu-like symptoms. If a patient gets to a doctor at this point, a short course of oral antibiotics will be prescribed—and may work. However, many people—like me—never develop the rash or the flu.

Chronic Lyme is known as “the great imitator,” because it causes an assortment of symptoms. According to www.LymeDisease.org and the Bay Area Lyme Foundation, based in Portola Valley, the most common symptoms are chronic fatigue, fibromyalgia, and the feeling of a flu that won’t go away. Headaches and neck pain are frequent, as is arthritic pain in the joints. For some, the nerves are affected, causing numbness, loss of sensation, or nerve pain throughout the body.

When Lyme affects the brain, it’s known as neurological Lyme disease (which I have). According to my doctor and other LLMDs, people with neuro Lyme experience short-term memory problems, brain fog, confusion, and psychiatric disorders.