Experience the margins of sound at the fifteenth annual fest. 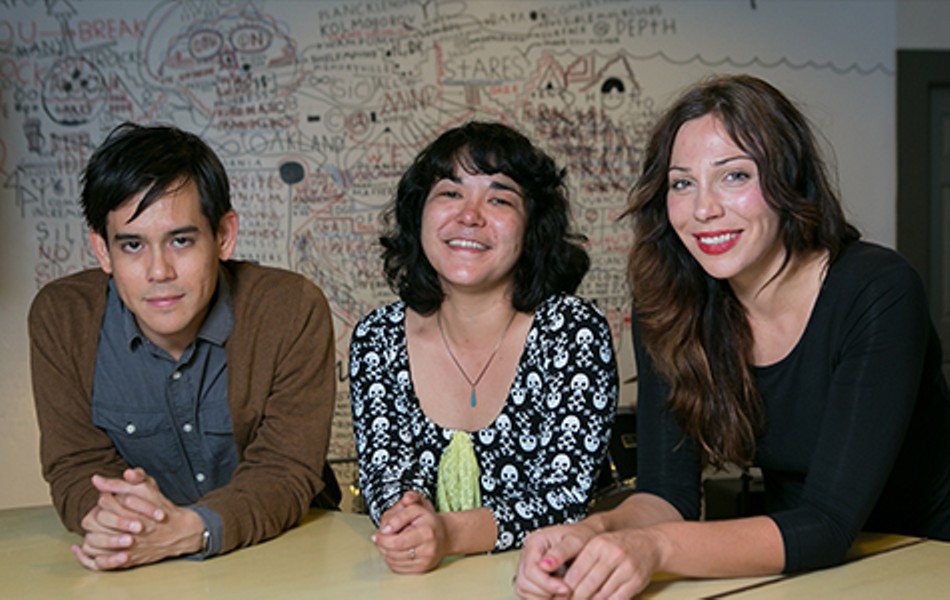 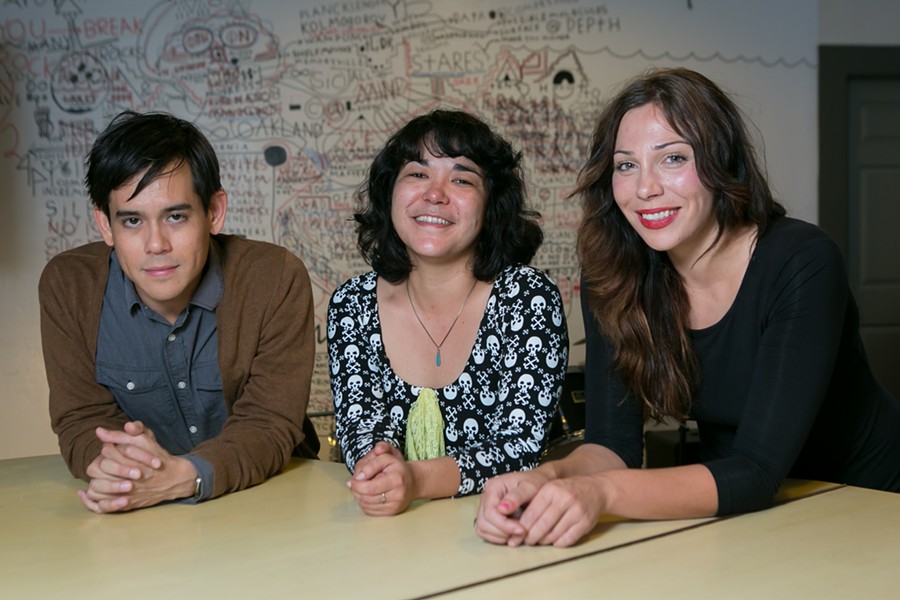 David Dunn's biography is a lengthy scroll of academic achievements. It lists grants, lectures, exhibitions, and works (culminating with his current position as founder of the Art & Science Laboratory in New Mexico) all inked in decade-spanning chronology with a quill inherited from his dignified mentor, the storied, American avant-garde composer Harry Partch. Since 2010, multimedia artist Julia Mazawa has performed locally, mostly in illicit venues, with just a turntable and delay pedal, warping vinyl source sounds with a common effect.

Now, forget their backgrounds, because both artists are scheduled to perform at the San Francisco Electronic Music Festival, an event that corrals divergent experimentalists like Dunn and Mazawa annually. The eclecticism brings underground artists and ivory-tower denizens alike to illuminate a common interest: the margins of electronic sound.

Now in its fifteenth year, SFEMF highlights a broad swath of "electronic music." Dunn will present meticulously sourced and edited field recordings from the Florida Everglades that he described as a "radical compression of time and space." The long-running and willfully enigmatic English act :zoviet*france: — known for setting drones, field recordings, and scattered percussion in post-industrial soundscapes — is also scheduled to perform. Nicolas Collins, a faculty member at the School of the Art Institute of Chicago, converts electronic hardware into playable instruments. Aside from Mazawa, other local artists include Headboggle and Christina Stanley, creator of fascinating "graphic scores," or visual abstractions of musical notation. Sarah Davachi — a Mills graduate currently residing in Canada — will premiere new work written for an analog synthesizer. The festival relishes the ambiguity of electronic music as a genre, ranging from near-silence to cacophony and performed on cord-strewn tables or maybe just a laptop. Unless, of course, that music is commercial.

In the 1990s, rave culture brought techno music to a massive, youthful audience. In 1998, Miya Masaoka — a longtime explorer of the intersection of technology and music-making — assembled several of her colleagues to establish a festival for electronic music of the avant-garde variety. Pamela Z — an innovative vocalist, composer, and recipient of a Guggenheim Fellowship — was one of the founders. "The Bay Area has an amazing community of people who are inventive makers of electronic music with very individual voices," said Z, who is the only festival cofounder still involved.

Though she was excited about the emergence of electronic music in the mainstream, Z envisioned the festival as remaining ahead of commercial developments. "The experimental stuff starts in a small group," she said. "It's rarefied ... and then it infects the mainstream. I like that, but at the same time there's a lot of disdain for when it ends up used in advertising or an engine to make a lot of money." The landscape today is largely the same, with superstar DJs blasting EDM at enormously popular events while experimentalists in the Bay Area chart more outlandish territory.

The festival's early years featured performances from Masaoka, Z, and other curators; this year, only Derek Gedalecia has the distinction of being both a creator and selector. Born into a musical family, Gedalecia started playing the piano at age five. He moved to San Francisco in 1999 and hosted a show on Radio Valencia. At night, he taped noise gigs. He started releasing music under Headboggle in the mid-2000s, amassing more than sixty releases of jarring electronic scree, zippy synth runs, and grating textures. As Headboggle, Gedalecia said the goal is to "unlearn" his musical training. For his set on Thursday at the Exploratorium, Gedalecia will play piano to backing tracks amplified by the space's unique Constellation speaker system, while his father accompanies him on banjo.

In fact, beyond the figurative generations of musicians featured at SFEMF, the lineup also features a number of literal blood relationships. In 2011, Toshi Wada performed with his father, Yoshi Wada, a Fluxus member with ties to 1960s minimalism through his studies under the North Indian raga master Pandit Pran Nath. This year's festival also features sound artist Ezra Buchla, son of the pioneering local synthesizer designer Donald Buchla, who performed in 2010.

Gedalecia's experience as a refined pianist who decided to devolve made him ideal for the curatorial role at SFEMF. "It's great to stoke out the untrained and underexposed," he said. "But the budget also enables these amazing people, like David Dunn." Still, Gedalecia noted that self-taught musicians and contemporary masters often arrive at similar sonic conclusions. Comparing Dunn to Mazawa, he observed, "They both work with loops a lot, but [Dunn] is a high-art approach and [Mazawa] is more intuitive, homespun, and DIY."

Benjamin Tinker, now in his fourth year on the festival's steering committee, echoed Gedalecia's enthusiasm for the autodidacts. He studied music at Mills, but likened curating SFEMF to booking small shows before college. In 2011, the festival presented 0th, an art-rock group that Tinker once booked in a bar, alongside the more reputable artist Christian Marclay. "I'm excited when those paths cross," Tinker said. "I was always interested in both the East Bay noise scene and Mills music. When they align, it's great."

Marclay's story proves the value of crossing those paths. Long before he found art-world stardom with his widely exhibited video piece The Clock, Marclay performed by breaking and reassembling vinyl LPs as part of New York's explosive downtown scene in the early 1980s. Mazawa's work evokes Marclay's unwieldy approach. "I look for strange sounds on shellac [and] home recorded discs found in thrift stores, then pick out the musical qualities from little bits of sound," she said. SFEMF's strength lies in its decision to feature pioneers such as Marclay alongside younger artists still working with raw instincts.

Each of the performers converging this weekend boasts an impressive résumé, a cult profile, or maybe just maverick ideas, but the San Francisco Electronic Music Festival doesn't discriminate. "If you tried to divide the scene between weirdos and academic types, it would actually be hard," Mazawa said. "Because the differences can be pretty superficial — maybe they don't matter."