“While Berkeley's other commercial districts have thrived, even in the downturn, sales tax revenues on Telegraph have plummeted, and empty storefronts abound. The intersection of Haste and Telegraph is marred by two vacant lots, and the former Cody's bookstore — once a hub of intellectual life — has sat empty since 2006,” the article states. 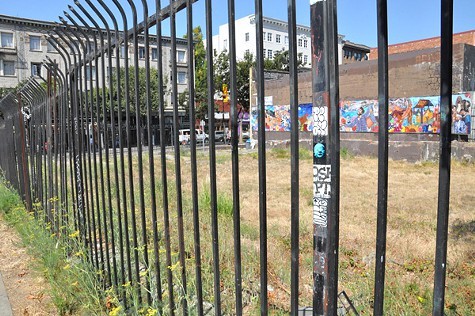 The article goes on to cite homeless people, overpriced goods, and quotas on chain stores, restaurants, and fast-food outlets as part of the problem. What’s missing from the discussion, however, is landlords. The vacant, rat-infested lot at Haste and Telegraph, as well as the vacant Cody’s Books building — two of the major eyesores on Telegraph — are both owned by Rasputin Music owner Ken Sarachan, who also owns Blondie’s Pizza and several other properties on Telegraph. Ken Weinstein, the owner of Rasputin’s main competitor, Amoeba Music, was part of an effort to acquire the vacant lot at Haste — which has been that way for the past 25 years — in 1995, but Sarachan stepped in and bought it instead. Weinstein has said that the reason was to block him. After Sarachan purchased the lot, it remained empty, as did the Cody’s Books building. For his part, Sarachan blamed the city for why he hadn’t developed the lot.

However, according to a recent article in Berkeleyside, Sarachan is moving forward with two plans for those spaces: a dining/entertainment venue called Mad Monk in the Cody’s space and a mixed-use building at the vacant lot, although the latter has several more hurdles to clear because it requires the demolition of one landmarked property and the relocation of another. In other words, it could be vacant for a while longer — and Telegraph could continue to struggle.