Why federal consent decrees are working in Detroit, but not in Oakland. 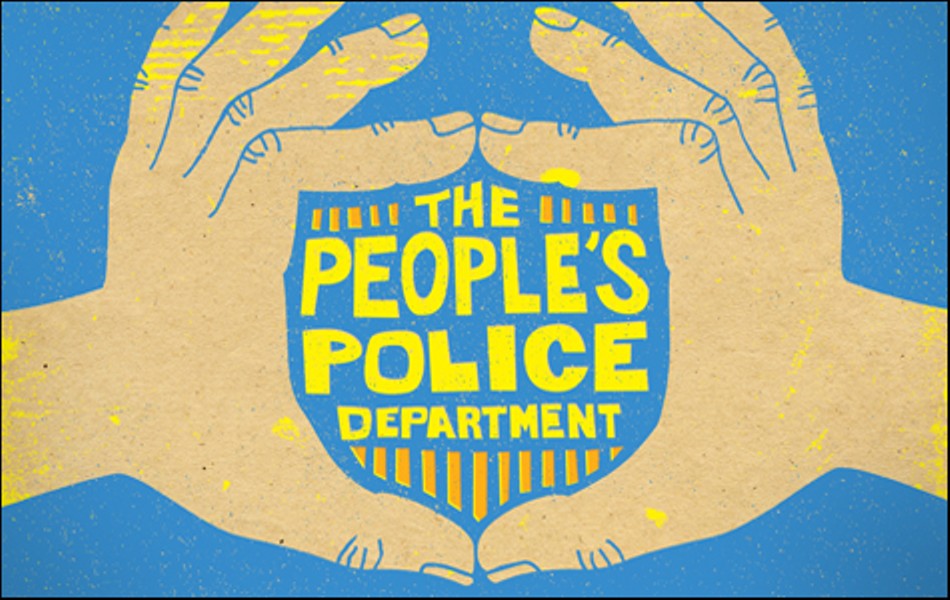 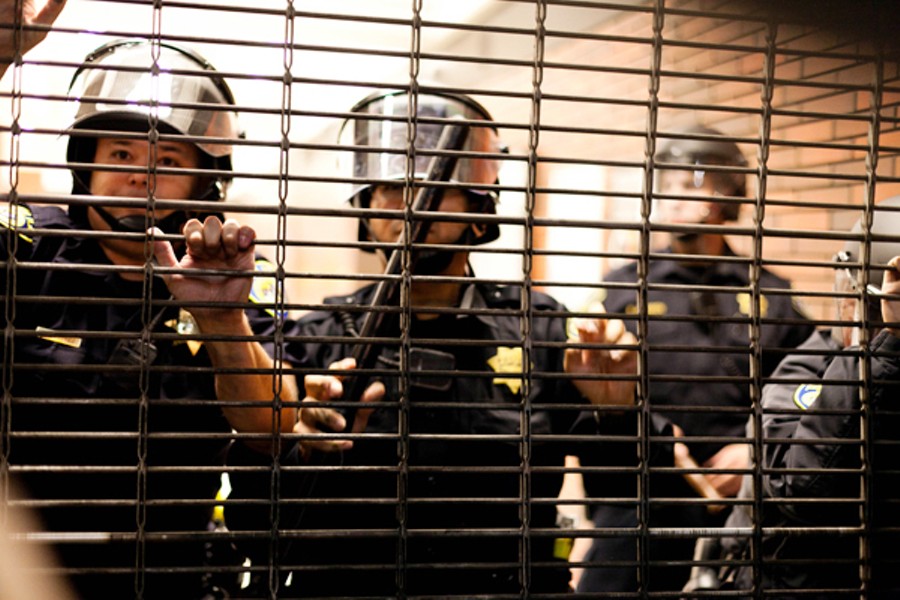 Stephen Loewinsohn/file photo Oakland police officers have often had a hostile attitude toward the consent decree and its mandated reforms. 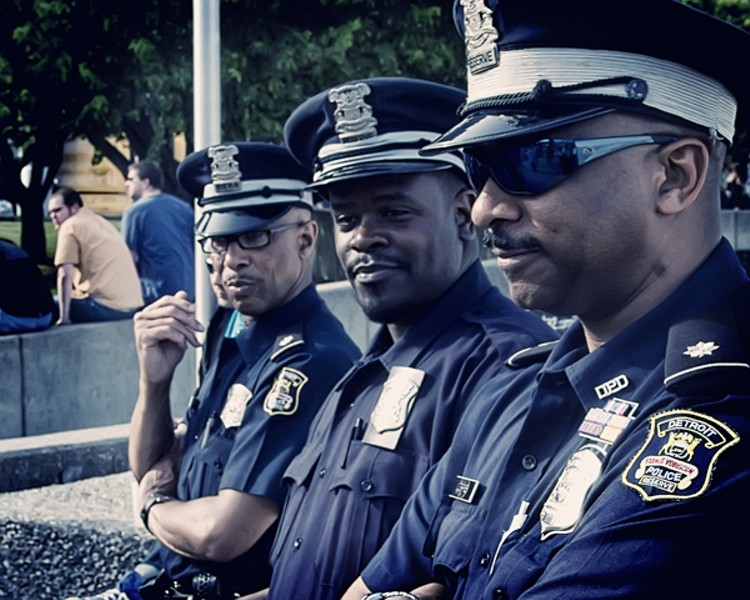 Miss Lauralee/Flickr(CC) By the 1990s, the Detroit Police Department was majority African-American.

Stephen Loewinsohn/file photo Oakland was on track to record four times as many use-of-force complaints as Detroit this year.

In January of 2011, 38-year-old Lamar Deshea Moore walked into the Detroit Police Department's sixth precinct and opened fire. Two officers were hit in the head with shrapnel, a commander was shot in the back, and a fourth officer was shot in the chest, although a bulletproof vest saved her from serious injury. "As you can imagine, utter chaos and pandemonium took place," Detroit Police Chief Ralph Godbee Jr. said at the time. "Through it all, our officers maintained courageous calm. ... They returned fire, they took cover, they did all the things we train them to do under pressure."

Miraculously, no cop was fatally wounded. The shooter, though, was killed in a barrage of police bullets. While the horrific details of the incident drew national attention, one aspect of it flew under the radar. Moore was the first and last person to be killed by Detroit police officers in all of 2011. As of earlier this month, only one civilian had been killed by police fire in 2012.

The low number of officer-involved slayings in Detroit represents a stark contrast to years past. Between 1990 and 1998, Detroit PD was the deadliest police force in the nation, averaging ten shooting deaths per year. Autopsies showed that many of the civilians were shot in the back, and yet the majority of the officers involved were never punished. Given such statistics, how has Detroit PD made such progress on reducing civilian casualties in recent years?

Much of the department's success stems from a 2003 federal lawsuit that accused Detroit PD of system-wide misconduct. In order to avoid a potential federal takeover, the department agreed to two legally binding agreements known as consent decrees. The decrees systematically overhauled the department's policies to ensure accountability and "best-practices" policing.

If this sounds familiar, it's because the Oakland Police Department is under a remarkably similar consent decree that the City of Oakland signed in 2003. Both police departments also are under the oversight of the same independent court monitoring team led by Robert Warshaw, former police chief of Rochester, New York.

But in recent years, while Detroit has made significant progress in implementing the reforms required in its federal consent decrees, the Oakland Police Department has made little to none. In fact, by year's end, Detroit PD could emerge completely from federal oversight, while Oakland could become the first police department in the country to be put in federal receivership.

Detroit PD's turnaround began in earnest three years ago when Chief Godbee took the helm of the department in 2009, and instead of making excuses, used the consent decree as a roadmap for creating a new police culture. As a result, over the past two years citizen complaints have dropped 41 percent, according to a recent monitoring report by Warshaw and his team. In addition, Detroit cops now rarely draw and point their firearms while on duty and taxpayers' payouts from police misconduct cases have dropped, according to the department's oversight division.

"Chief Godbee appeals to the best in people in the department and is really giving people who will perform in the public interest an opportunity to shine," said longtime Detroit City Councilwoman Sheila Cockrel. Godbee and his executive team are "change agents," she continued. "They're willing to take risks — risks that will succeed and sometimes risks that will fail. But they're willing to pick themselves up, dust themselves off, and go back to the table to do it again."

These "risks" come in the form of a number of innovative programs that have turned Detroit PD into a sort of People's Police Department. Detroit PD, for example, now has public accountability meetings in which police command staff must justify their actions and results to city residents. The department also supports a highly productive Civil Rights Integrity Bureau that conducts routine audits and investigations of police accountability. There's also a project that encourages police officers to buy homes in the inner city.

According to interviews and public documents, the department's innovative programs, paired with Godbee's strong leadership, have fundamentally changed Detroit PD. And for many in the community, the transformation was long overdue.

For one week in the summer of 1967, tens of thousands of Detroit residents looted and pillaged. Forty-three people died, 7,200 were arrested, and 2,000 buildings were burned to the ground. Many cite racially exclusionary housing policies and employment discrimination as the root causes of the violence, but Cockrel said the riots were a reflection of stewing tension between police and black residents. "It was all about police violence, police misconduct," she said, "the way police operated in the city in relationship to African-American people."   The 1967 riots set in motion demands for the Detroit Police Department to improve its practices — in particular, to have the city's police force better reflect the growing number of African-American residents. By 1973, this demand was answered. Detroit elected its first black Mayor, Coleman Young (since then, every mayor of Detroit has been African American), and one of Young's campaign pledges was to integrate the city's largely white police department and curb corruption on the force.